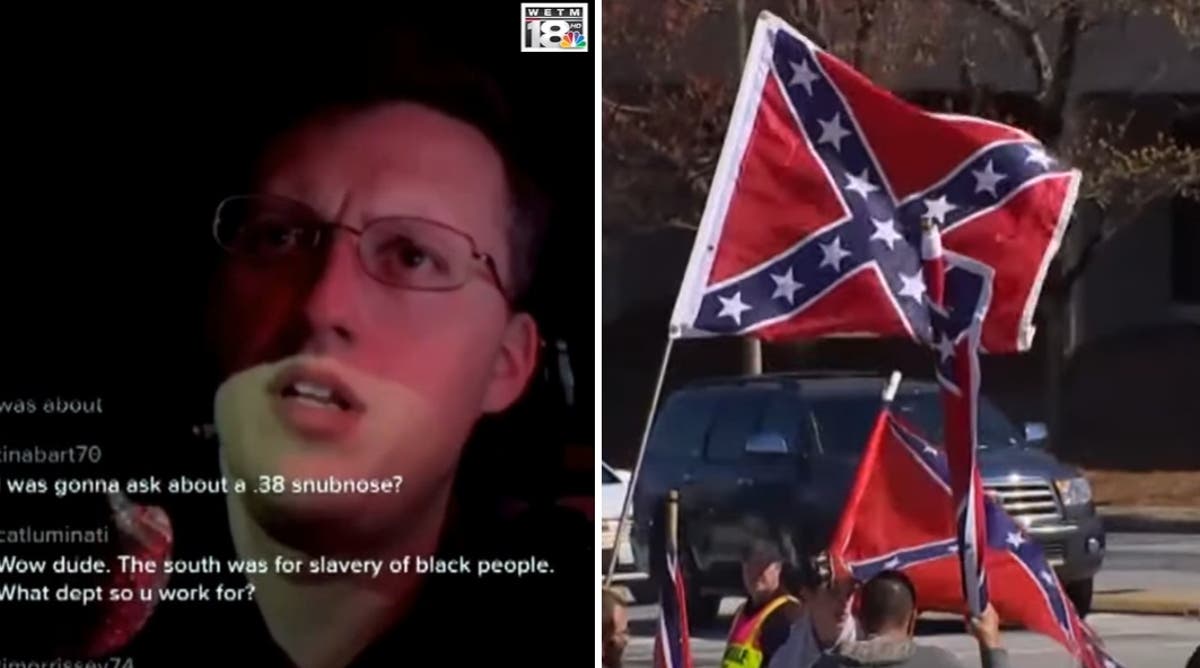 The officer has been suspended and an investigation is proceeding

Brian Gossert of the Mansfield Borough Police Department came under fire for political statements made on social media while on duty and in uniform.

I don’t understand how it the Confederate flag is racist. It represents the South, just like the Union flag represents the North. No one says that the Union flag is racist, so why are we saying the Confederate flag is racist? So yeah, technically they fought for slavery, I guess you could say, but again, that’s been over 200 years ago. I think it’s time that people just like, get the f*** over themselves. Because if the symbolism behind that flag is still that hurtful now, then we should still hate the South.

Gossert went on to say that police officers are wrongly accused of racism and that it is Democrats who are racist. Gossert continued filming the TikTok while he was arresting a man.

The Borough Council is appalled and outraged by this conduct

Mansfield Borough Manager Christopher McGann told 18 News in Elmira, N.Y., the department is aware the situation, but declined to comment on the officer’s current status.

Gossert also claimed that Democrats are the real racists, saying they started the Ku Klux Klan, and added:

They need to get the shit kicked out of them.

He was on duty and in uniform at the time

The Mansfield Borough Council suspended him Wednesday night for the offensive videos and emphasized that his views do not reflect the values of the local government.

The Mansfield Borough Council is aware that a borough police officer posted offensive videos on a social media platform which were recorded and posted while he was on duty. The Borough Council is appalled and outraged by this conduct. The officer has been suspended and an investigation is proceeding. The views expressed in these videos do not reflect the values of the Borough government.

Pakistan Lifts Ban on TikTok After Removal of Immoral Content