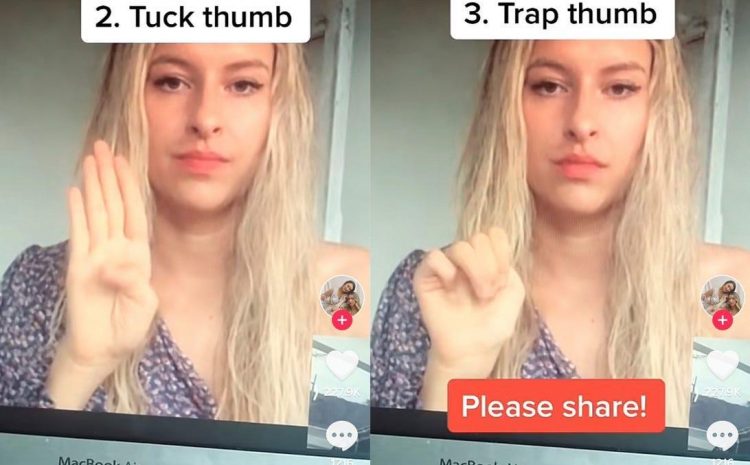 North Carolina – US: A missing teen girl from North Carolina in the US was rescued by Kentucky police after she signaled for help by using a hand gesture known on social media app TikTok to represent violence at home.

The 16-year-old from Asheville, North Carolina, was reported missing by her parents on Tuesday, according to the Laurel County Sheriff’s Office in Kentucky. On Thursday, a motorist in Kentucky called 911 to report seeing a girl in distress in a vehicle on the interstate.

The complainant was behind the vehicle and noticed a female passenger in the vehicle making hand gestures that are  known on the social media platform TikTok to represent violence at home or domestic violence and I need help.

After recognizing what the signals meant and seeing that the teen appeared to be in distress. A driver saw the SOS and called 911, following the Camry and providing authorities updates on their location.

The older man was later identified as 61-year-old James Herbert Brick of Cherokee, North Carolina, who was reportedly on his way to see relatives in Ohio. Brick’s phone contained a photo of a girl being portrayed in a sexual manner.

The girl had traveled with Brick through North Carolina, Tennessee, Kentucky and Ohio

The teenager found inside the car Brick was driving had been reported missing by her parents in Asheville, North Carolina, Tuesday morning.