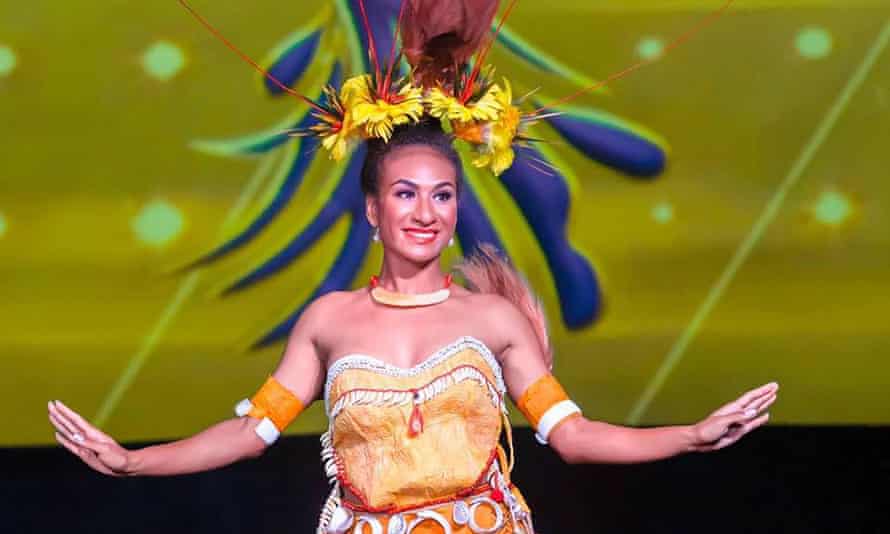 Miss Papua New Guinea has been stripped of her crown after sharing a video of herself twerking on TikTok, with critics saying the incident reveals a deep-seated culture of misogyny in the country.

Lucy Maino, 25, who has also served as co-captain of Papua New Guinea’s women’s football team, faced intense online harassment after she shared a video of herself twerking on the video-sharing app TikTok.

Lucy Maino, 25, was crowned Miss Papua New Guinea in 2019. She is also a footballer who represented her national team as co-captain in 2019.

The video from Maino’s TikTok account was downloaded and shared on YouTube and other social media platforms, prompting online criticism and harassment of Maino.

Though twerking videos are common on the application, Maino’s now-deleted video was singled out by critics who said it was not fitting for a “role model” to share a video of herself dancing in this way.

The video was downloaded from her private account and shared on social media platforms and YouTube, where thousands of people piled on to criticise Maino. After the video and the backlash to it, Maino was released from her duties by the Miss Pacific Islands Pageant PNG (MPIP PNG) committee this week.

Our core purpose is empowerment of women. We are a unique pageant style platform that promotes cultural heritage, traditional values and sharing through tourism about our country and people. MPIP PNG promotes the virtues of confidence, self-worth, integrity, and community service with a parallel focus on education. The Miss Pacific Islands Pageant PNG (MPIP PNG) Committee would like to announce that Miss Papua New Guinea 2019 Lucy Maino has now been released from her duties.

According to the statement, this decision came after a meeting between the MPIP PNG Committee and Maino, during an amicable decision was reached.

A former Miss PNG, who did not wish to be named, said the incident showed deep-seated misogyny in the country.

Maino received a football scholarship which allowed her to complete a degree in business administration at the University of Hawaii. She represented Papua New Guinea as co-captain of the 2019 national team, winning two gold medals in the 2019 Pacific Games in Apia, Samoa.

People criticized the committee for not supporting Maino

She was crowned Miss Papua New Guinea – a role that involves acting as a cultural ambassador for the country and an advocate for women – in 2019. She has continued in the role for an additional year due to the Covid-19 pandemic.

The United Nations in Papua New Guinea expressed their dissatisfaction through a statement on Facebook: “We see the devastation of violence against women and children in this beautiful country. Some through bullying have lost their lives … It starts with telling women they should cover up. It starts with telling women, they shouldn’t dance like that.”

The Guardian approached Maino and the MPIP PNG committee for comment but they did not respond by time of publication.