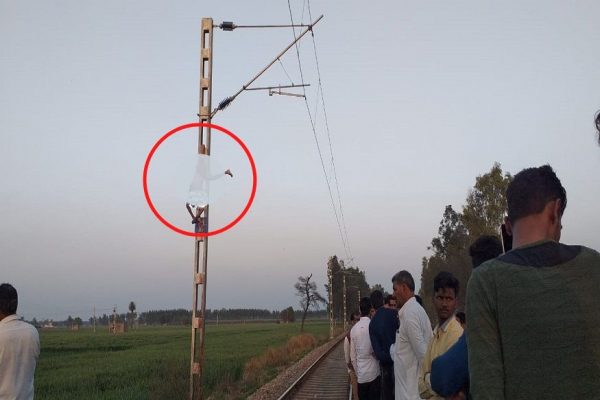 Panipat – India: A 22-year-old man was charred to death after he came in contact with a live electricity wire while posing for a TikTok video near the Matlaudha railway station.

The incident took place on Monday evening when Vikas, a resident of Dharamgarh village, climbed a pole over which the wire was passing and posed for the video.

The victim Vikas came in contact with the wire carrying 25,000 volts current and was burnt, said a police official.

Vikas got pulled by the electric current and died within minutes.  He came in contact with the wire carrying 25,000 volts current and was burnt.

Vikas, the deceased, along with his friends had gone to railway lines for a video shoot for TikTok. He climbed up an electric pole and while he was performing the stunt he got too close to a high-tension 25KW live wire.

His three friends were standing below

Railway authorities were informed about the incident and power supply was cut off to remove his body from the poll. Police sent the body for a post-mortem that later handed over to his family.