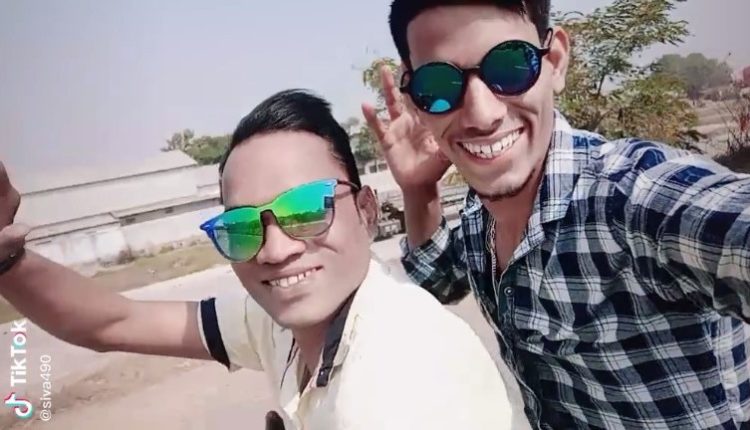 Berhampur– India: Making TikTok videos and clicking selfies while driving motorcycle on a highway proved costly for two youth as one of them lost his life in a road mishap here in Odisha.

The incident took place at an overbridge at Khajuria area located on outskirts of Berhampur on Wednesday.

The deceased has been identified as Shiva Shankar Sahoo, a resident of Haladiapadar village under Golanthara police limits in Ganjam district.

Sahoo along with brother-in-law Siba Patro had visited Maa Taratarini Templ0e on their motorcycle bearing registration number: OR07 V 2488 in the district. After offering prayer the duo had made two TikTok videos in front of the famous shrine. On their way back to home both shot a few TikTok videos while riding the two wheeler motorcycle on the highway.

Bike hit a truck from behind while making TikTok video

Their motorcycle hit a stationary truck from its behind on the highway while they were busy in shooting TikTok videos on a smartphone. Following which, both the youths sustained critical injuries. Locals immediately rescued them and rushed to a nearby hospital where Sahu was declared brought dead.

Police have registered a case in this connection and started investigation into the matter.