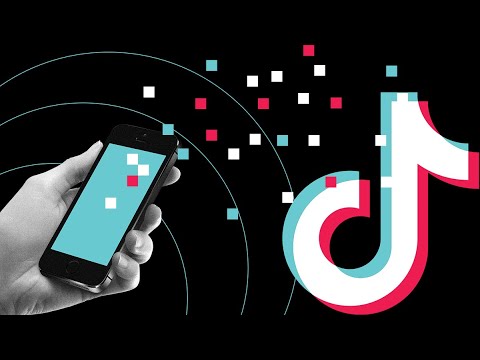 TikTok which has an estimated 800 million active users worldwide has long been the subject of safety concerns particularly over pedophiles on the app.

TikTok announced earlier this year though that it would be banning private messages on accounts for those under 16 though some critics argue a lack of age-verification undermines this approach.

The popular social media app however has now been criticized by former employees over its policy towards suspected pedophiles using the platform though.

The warning comes after the Telegraph saw leaked documents which show that users caught messaging children in a sexual way are only temporarily suspended.

This is extended to a month-long ban for a second offence, with an automatic permanent ban only being imposed if the user is reported for a third time.

The video sharing app, based in China, has reportedly referred to the policy as a holding pattern allowing child protection teams enough time to investigate such behavior.

According to former moderators of the platform though, it’s meant pedophiles have been allowed back with their same accounts allowing them to continue attempting to groom young users.

These former employees explained that they could only apply for temporary suspensions, flagging such accounts to senior investigators who had the power to impose the permanent ban.

Speaking to the Telegraph, one former moderator said the app was really dangerous, citing that it features predators looking for children.

These people should be completely off [it], you don’t need to wait twice or for a third time. We saw pedophiles banned for a week and then back on there talking to children again. Parents should forbid their children from using it. If they do use it, they should be really careful and check everything, every day.

TikTok however has asserted that it now has the ability to ban suspected paedophiles at device level – though concerns have been raised that they may later return by making new accounts.

Parents have subsequently been warned by former employees over the issues raised by the safety policies. This included one former moderator who said:

In a statement to the Telegraph, a spokesperson for TikTok said the platform has zero tolerance for child abuse though.

They stated that many of the policies described by former employees have since been changed, adding that safety is a top priority for those behind the social media platform.

Many of the claims brought to our attention refer to outdated practices, policies and processes that are no longer in place.

They added that all explicit and suspected grooming behavior detected in direct messages are escalated in a timely manner with TikTok reporting all necessary information to law enforcement and banning the offending user.

Security is a job that is never finished, but I can tell you we’ll continue to aggressively build an experience that respects and protects our community.

And last month, TikTok acknowledge that it could do better when it comes to safety and privacy on the app.

TikTok's UK Headquarters in Doubt Amid US Pressure