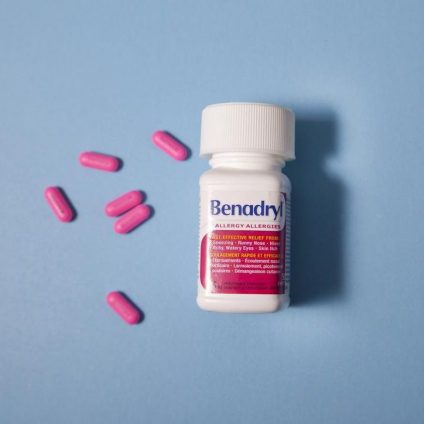 Teens took more than a dozen Benadryl tablets to get high

Diphenhydramine, the common name for Benadryl, is an antihistamine used to treat runny nose, sneezing and watery eyes, according to the U.S. National Library of Medicine. Taking too much of the drug can lead to an irregular heart rate, hallucinations, seizures and trouble urinating, Amber Jewison of Cook Children’s Medical Center said in the news release.

Teens who overdosed on Benadryl got the idea from TikTok

In one case, a 14-year-old girl named Rebekah, who overdosed on the drug after taking 14 Benadryl tablets in the middle of the night on Memorial Day. Rebekah was hospitalized after some troubling electrocardiogram (EKG) test results, but luckily, her heart rate returned to normal overnight. She’s not expected to suffer any long-term health issues from her overdose.

It was scary. She had fractured sentences, hallucinations. Her resting heart rate was 199. We rushed her to the local ER and they decided to transport her to Cook Children’s.

Each of these patients said they got the idea from videos on TikTok that claimed users could get high and hallucinate if they took a dozen or more of the allergy pills.

What struck me was that we had three teens come in for the same thing in one week. None of these patients were trying to harm themselves. They all said they saw videos on TikTok and were curious to try it.

Cook Children’s Health Care System in Fort Worth is warning parents of a dangerous trend after doctors revealed that three teenagers were hospitalized in the Fort Worth, Texas hospital system in May over overdosing on diphenhydramine (aka Benadryl). All three told medical staff that they got the idea after watching videos on TikTok that said they could get high and hallucinate if they took a dozen or more Benadryl tablets.

In the #nutmegchallenge, teenagers ingested the spice to get high, McClatchy News reported in April. Many regretted taking in too much nutmeg, which experts say can lead to hallucinations and nausea.