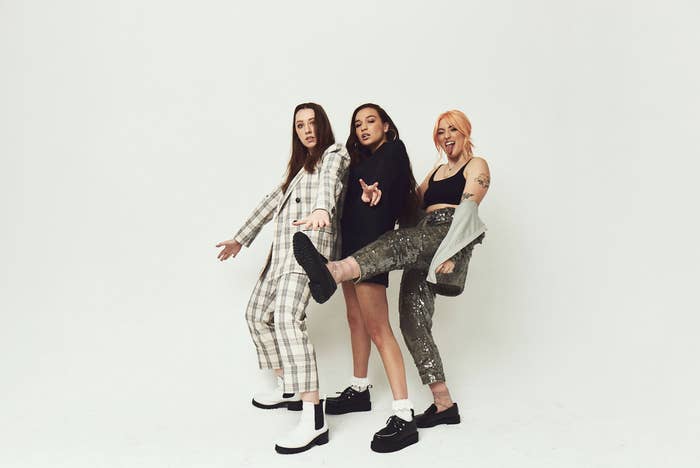 Avenue Beat song F*ck 2020 making fun of 2020 started as 2020 has been a series of unfortunate events so far, social media users have come together on TikTok to agree that we all can’t wait to get to 2021. Avenue Beat, a three-member musician group, has released its latest song F*ck 2020 on the video-sharing app that has now gone viral but it was so relatable they had to do a full version.

At the end of June, a 90-second TikTok video of three women singing how they felt about this turbulent year went mega viral.

The song further mentions the coronavirus pandemic leading to quarantine life, while the video shows images of the late Kobe and Gianna Bryant, Australia bushfires and graphics of George Floyd, Breonna Taylor and other Black individuals who have died of racial injustice.

The catchy and extremely relatable song lyrics are:

In just three days, “F*ck 2020” has amassed over nine million views, with numerous TikTok users using the song for their own video content and praising it for how it resonates with many during these times. Check out the full video below, and let us know your thoughts in the comments section.

In response to the overwhelming feedback, the band has decided to release the full song early for fans to enjoy during quarantine.

The group said they put it on TikTok because they assumed no one would let them release the song as it has tons of swear words. “It’ll live on TikTok,” said Bearden.

We were just having a week and everything that could go wrong was going wrong and I remember sitting on my couch just being like, You know what? I need to write a song about this. When it started blowing up everyone started hitting us up like, You have to finish this today and we were screaming. We quickly tried to finish it as fast as we could.

But the next morning the song went viral with 4.5 million views at which point TikTok temporarily took it down for review. The group appealed and it was later reinstated.

I have had a lot of people DM me saying like I have just lost my pet and I am so mad about it and this song helped me blow off a little steam and I was like solidarity because losing a pet is not it. It’s not fun.

We are so so thankful we get to put this out. Without the people liking it and blowing it up, never in a million years would we be able to convince our team to release it.

The group said they’re glad their little joke turned into something positive for so many people during what has been a very rough year for most.