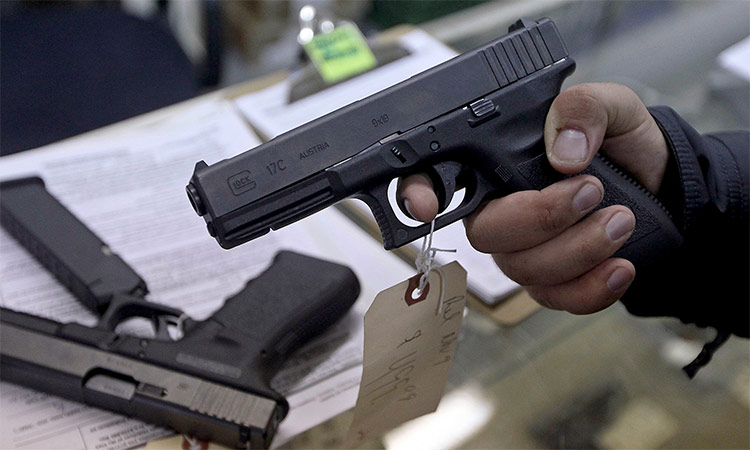 Lahore – Pakistan: A young man died while his friend was injured allegedly making a TikTok video with a pistol in the Sundar Sharif area on Tuesday.

Dawood accidentally squeezed the trigger and shot himself in the eye

Dawood and Abdul Rehman were making a video to upload on TikTok, a video-sharing social media app, with a pistol when it went off. A bullet pierced into the eye of Dawood while another injured the arm of his friend. Both were shifted to a local hospital where doctors pronounced Dawood dead.

Abdul Rehman who was also shooting a video along with Dawood received bullet wounds and was shifted to hospital. The condition of Rehman was stable.

According to the initial investigation report prepared by police, the incident occurred during filming a video for TikTok. While Dawood’s father Mahmood raised doubt on the claim of the police that the incident was the result of shooting a TikTok video.

My son had never carried a weapon. Police were not showing the pistol used in the incident despite my repeated requests. I appealed to the senior police officers for an impartial investigation into the incident, which claimed the life of his young son.

The case upon complaint of the aggrieved father has been lodged against unknown men and the police have added sections for murder in his case.

Apart from the accidental bullet shot while making a video for a famous short-videomaking platform, and suicide suspicions, the case is now being investigated on murder sections as well.

The Pakistan Telecommunication Authority (PTA) had placed a temporary ban on TikTok in Pakistan. However, the ban was lifted after 10 days following an assurance from the TikTok management to abide by Pakistan’s laws and block accounts uploading indecent and immoral content.