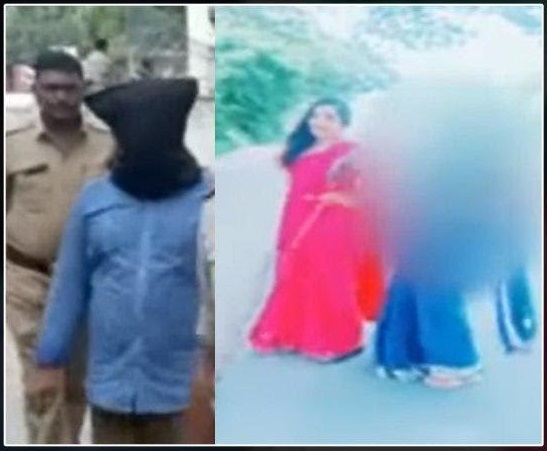 Andhra Pradesh – India: A shocking incident took place as a man allegedly killed his wife in Kanigiri, Prakasam district of Andhra Pradesh just because he because he was upset of her habit of making TikTok videos.

A shop owner in Vijaywada Identified as Chinnapachu Sahib, the accused is a tailor who killed his wife Fathima at their residence.

Sahib also suspected Fatima of having an affair

On October 27, 30-year-old Fathima was found hanging at her residence in Kanigiri. Police initially thought that it was a case of suicide however the post-mortem report revealed something else.

Fathima family members and neighbor confirmed that accused used to fight with his wife over her hobby of making TikTok videos.

As per the post-mortem report Fathima did not die due to asphyxiation from a saree but she was strangled with something stronger. After learning about this the police started investigating the case with a fresh perspective.

Sahib tried to escape from police but arrested

Learning that the police is trying to get a hold of him, Sahib tried to ran from his residence but was arrested near his shop. During interrogation the accused confessed to committing the crime. He told the police that he always had arguments with his wife over her habit of making videos on TikTok. He also confessed to the crime and revealed how in a fit of rage, Sahib killed Fathima by asphyxiating her with a chapati roller.

A murder case has been registered against Sahib at Kanigiri police station.