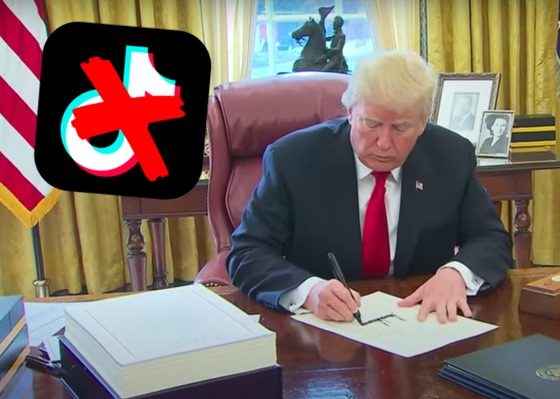 President Donald Trump issued an executive order Friday that will force China’s ByteDance to sell or spin off its U.S. TikTok business within 90 days.

The move represents an escalation of the Trump administration’s ongoing efforts to undermine Chinese financial interests in the U.S as part of a years-long trade dispute with the Asian country. The new order joins another one issued earlier in August that gave U.S. companies 45 days to cease doing business with ByteDance as well as WeChat owner Tencent.

There is credible evidence that leads me to believe that ByteDance might take action that threatens to impair the national security of the United States.

Trump executive order references national security concerns. ByteDance is based in China and the Trump administration has recently suggested that the company could share information about Americans with the Chinese government. The company has denied it does so.

The newly signed order empowers U.S. authorities to inspect any files, information systems, records belonging to ByteDance and TikTok throughout the sale process. It also allows U.S. officials to interview ByteDance/TikTok employees concerning any matter relating to this order.

The latest executive order requires ByteDance to destroy any TikTok data from US users, and report to the Committee on Foreign Investment in the United States once all the data has been destroyed. ByteDance must also destroy any data collected from TikTok precursor app Musical.ly, which the company bought in 2017. The original order with the 45-day deadline didn’t include those requirements.

As we’ve said previously, TikTok is loved by 100 million Americans because it is a home for entertainment, self-expression, and connection. We’re committed to continuing to bring joy to families and meaningful careers to those who create on our platform for many years to come.

The move gives TikTok a bit of a reprieve from Trump’s August 6th order that would have blocked all US transactions with ByteDance, TikTok’s parent corporation, due to what the president referred to as an effort to address the national emergency with respect to the information and communication technology supply chain. Originally, TikTok had a September 20th deadline now it has until November 12th.

Trump had previously threatened to ban TikTok if a sale couldn’t be completed by mid-September, though the specifics of how such a ban might work aren’t clear. The new order notably surfaced just 80 days ahead of the Nov. 3 elections in the U.S., meaning the 90-day deadline will expire after Americans have cast their vote for the next president. The race may not be decided by then, and even if Trump loses he’s still in office until the inauguration on Jan. 20, 2021.

TikTok is widely popular, so the aggressive stance and threats of a ban seem counter-intuitive in the midst of an election season where Trump is currently favored to lose. But the app is primarily popular with younger audiences, many of whom aren’t old enough to vote. So perhaps Trump is betting his assault on ByteDance won’t haunt him in November?

Whatever the thinking may be, it’s safe to say the mid-September soft deadline for a TikTok sale is no longer a factor. And with plenty of time between Trump’s new order and the new mid-November deadline, expect more push-back from ByteDance even as sale talks continue to unfold.