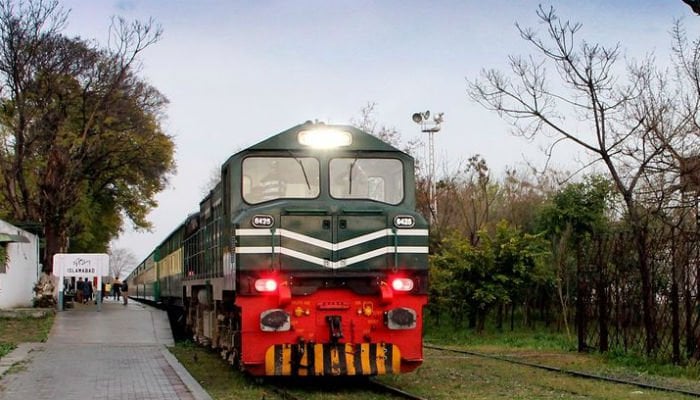 Abbotabad – Pakistan: A youth who got hit by a train while shooting a TikTok video in Abbottabad has been arrested over risking his life for TikTok stunt.

The 16-year-old, identified as Umar Hayat Khan, was filming himself near the railway tracks of the Haripur station.

In the video, Khan can be seen standing beside the railway tracks while one of his friends was filming him. It looked like he miscalculated the distance between him and the train and was hit by one of its handles on the back of his head.

A video of the incident was uploaded on TikTok after which the police arrested him on Thursday.

He [Khan] put his life at risk for a two to three minute video and then even went on to upload it on social media. It is nothing less than a miracle that he came out of the incident safe.

According to Haripur SHO Amir, a case under Section 325 (attempt to commit suicide) of the Pakistan Penal Code and Section 122 (trespass and refusal to desist from trespass which means unlawfully entering a railway) of the Railways Act, 1980 has been registered against him. This, however, sends out a wrong message and we highly disapprove of it, SHO Amir added.

The teenager said that he did not put up the video deliberately. He added that he didn’t know how the video was uploaded on TikTok.

I was there with four of my friends and after I got hit my mobile phone fell.

According to doctors, the teenager sustained minor injuries during the incident, adding that it was miraculous because he was hit badly.