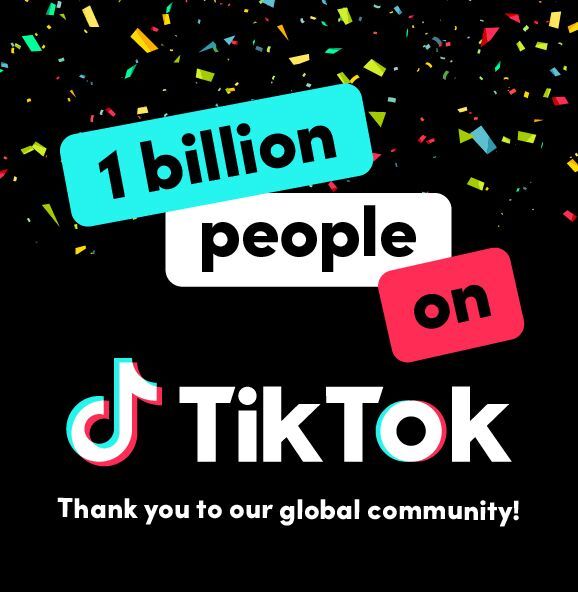 TikTok announced that the company surpass one billion monthly active users worldwide, marking a 45% jump since July 2020. Just after an year of a ban imposed by the Trump administration.

TikTok reach the one billion users milestone within five years, comparatively a very short time period than it’s competitors. Facebook, reached the billion users in 2012 and now it has 2.8 billion monthly active users.

The US, Asia, Europe and Brazil are the biggest markets for the TikTok

TikTok has experienced increased number of users from all over the world, despite regulatory facing ban in the India, United States, Indonesia, Bangladesh and Pakistan.

At TikTok, our mission is to inspire creativity and bring joy. Today, we’re celebrating that mission and our global TikTok community that has reached 1 billion people worldwide. We’re honored to be a home for our immensely diverse community of families, small businesses, and creators who transform into our favorite stars.

TikTok has become a beloved part of life for people around the world because of the creativity and authenticity of our creators. The announcement further added that TikTok’s global community is remarkable in its ability to reach millions of people across generations. From music, food, beauty and fashion to art, causes, and everything in between, culture truly starts on TikTok.