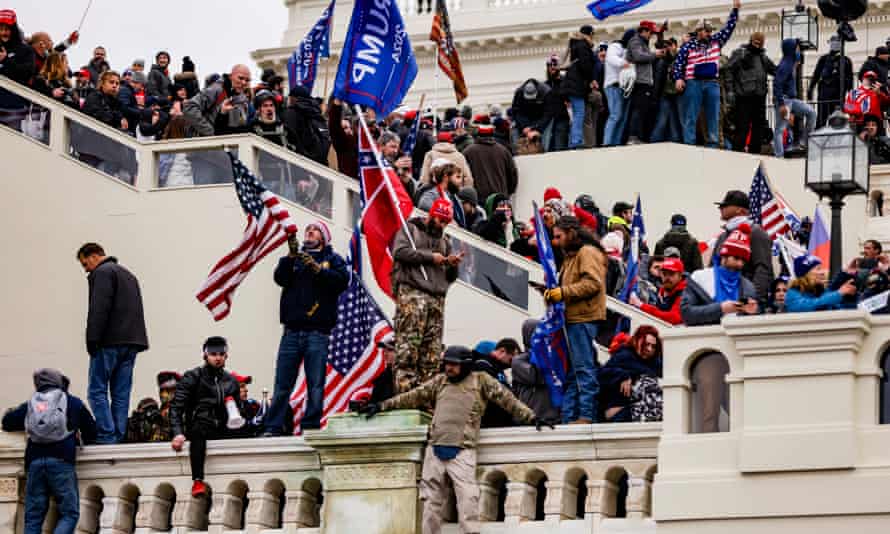 TikTok removed President Trump’s speech videos inciting supporters to mob the US Capitol, that violates the company’s misinformation policy. TikTok will still let people post counter speech videos that dispute incorrect claims, however, and will let videos remain on the platform if they condemn violence or if they’re posted by news organizations.

TikTok is also blocking certain hashtags related to the riots, such as #stormthecapitol and #patriotparty, like it did with other hashtags that represented election-related conspiracy theories in November. If you try to search for one of these blocked hashtags, you’ll see a page that says the hashtag may be associated with behavior or content that violates our guidelines.

Hateful behavior and violence have no place on TikTok. Content or accounts that seek to incite, glorify, or promote violence violate our Community Guidelines and will be removed.

Trump doesn’t have a TikTok account. But the president’s speeches that helped incite the mob who yesterday stormed the U.S. Capitol will have no home on TikTok’s platform. TikTok content policy around the Capitol riots will see it removing videos of Trump’s speeches to supporters. It will also redirect specific hashtags used by rioters, like #stormthecapitol and #patriotparty, to reduce their content’s visibility in the app.

The policy defines misinformation as content that is inaccurate or false. And it explains that while TikTok encourages people to have respectful conversations on subjects that matter to them, it doesn’t permit misinformation that can cause harm to individuals, their community or the larger public. A rioting mob intent on stopping democratic processes in the United States seems to fit squarely under that policy.

In the case of Trump’s speeches, TikTok will allow a user to, for example, use the green screen effect to comment on the speech unless those comments support the riots. TikTok is allowing some videos of the violence that took place at the Capitol to remain. For example, if the video condemns the violence or originates from a news organization, it may be allowed.

Woman shot down and killed graphical content appeared on TikTok

Anecdotally, we saw videos that showed the woman who was shot and killed yesterday appear on TikTok and then quickly disappear. But those we came across were from individual users, not news organizations. They were also not really condemning the riot they were just direct video footage. It’s unclear if the specific videos we saw were those that TikTok itself censored or if the user chose to remove them instead.

Separately from graphic content, TikTok says it will remove videos that seek to incite, glorify or promote violence, as those also violate its Community Guidelines. In these cases, the videos will be removed as TikTok identifies them either via automation or user reporting.

TikTok had previously blocked tags like #stopthesteal and #QAnon, in a similar proactive manner.