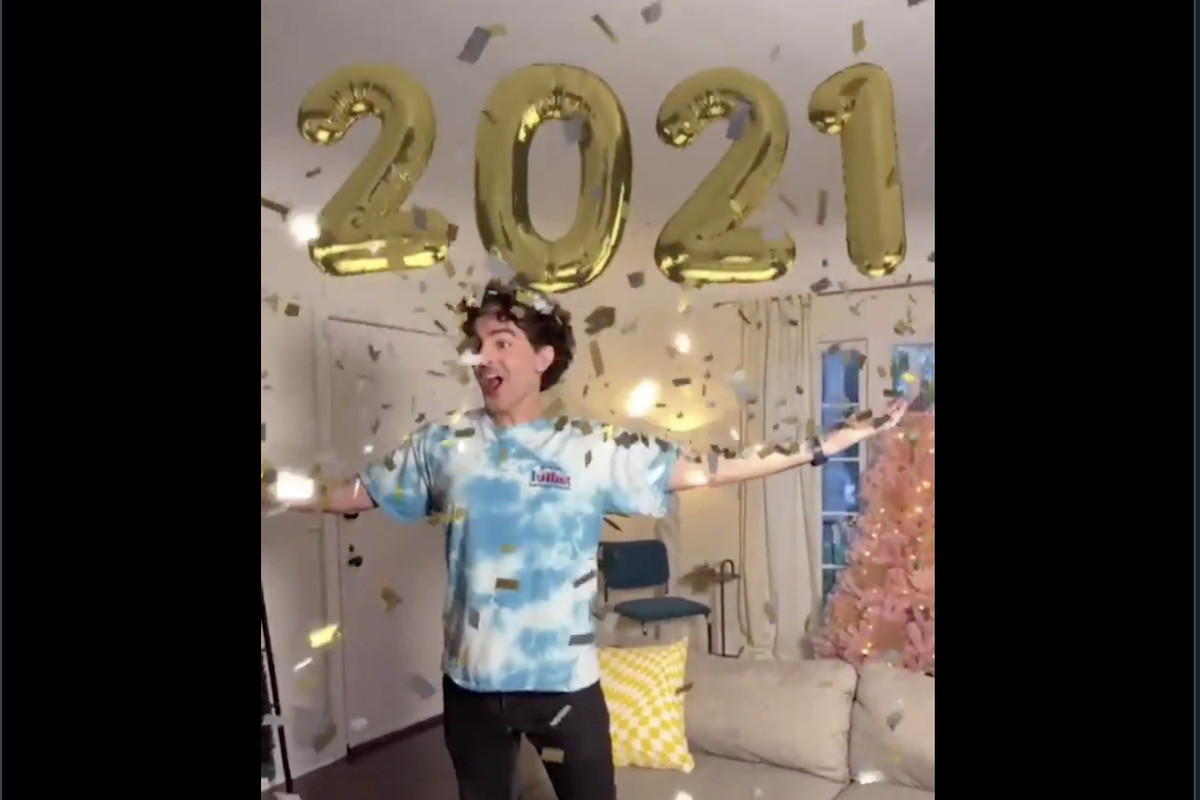 To ring in 2021 TikTok released it’s first AR effect on the new iPhone 12 Pro, using LiDAR technology which allows us to create effects that interact with your environment – visually bridging the digital and physical worlds.

Snapchat was among the first apps to leverage the iPhone 12 Pro’s LiDAR Scanner for AR, but now TikTok has followed suit. The social video app confirmed today it has launched its first-ever lidar-powered effect to help its users ring in the new year. The effect features an AR ball, similar to the one that drops in Times Square on New Year’s Eve. After a countdown, the ball drops and explodes to fill the room with confetti, as well as a floating “2021” in the air.

Support for LiDAR, or light detection and ranging, was introduced on the new flagship 5G iPhone models, the iPhone 12 Pro and 12 Pro Max, in the fall. The technology helps the iPhone better understand the world around you, by measuring how long it takes for light to reach an object in the space and reflect back.

Along with improvements to the iPhone’s machine learning capabilities and dev frameworks, this allows for more immersive augmented reality (AR) experiences. TikTok’s  effect aims to use LiDAR’s understanding of the room to land the confetti more realistically after the ball explodes.

TikTok published a video on Twitter aims to use this technology

In the example video the company published on Twitter, it showed the confetti covering the floor, sofa and throw pillows, much as it would in real life. This effect wasn’t perfect by any means it was still very clear this was an AR experience and not real confetti but it was an improvement over AR effects that lack the same spatial awareness.

TikTok described the effect as being able to visually bridge the digital and physical worlds, thanks to how the AR effects interact with the user’s environment. It’s available globally, with the exception of a few select countries.

TikTok says it plans to roll out more innovative effects over the course of 2021.