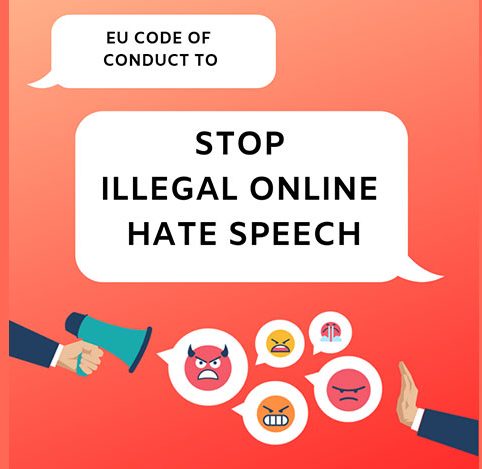 TikTok has joined the European Union’s Code of Conduct on Countering Illegal Hate Speech. In a statement on joining the code, TikTok’s head of trust and safety for EMEA said,

We have never allowed hate on TikTok, and we believe it’s important that internet platforms are held to account on an issue as crucial as this.

The Code of Conduct, launched in 2016, has led to IT companies assessing 90 percent of flagged content within 24 hours and removing 71 percent of the content deemed to be illegal hate speech, according to the European Commission.

TikTok’s statement goes on to highlight the platform’s zero-tolerance stance on hate speech and hate groups in what reads like a tacit dig at Facebook, given the latter’s record of refusing to take down hate speech on freedom of expression grounds (including founder Mark Zuckerberg’s personal defence of letting holocaust denial thrive on his platform).

We have a zero-tolerance stance on organised hate groups and those associated with them, like accounts that spread or are linked to white supremacy or nationalism, male supremacy, anti-Semitism, and other hate-based ideologies. We also remove race-based harassment and the denial of violent tragedies, such as the Holocaust and slavery. Our ultimate goal is to eliminate hate on TikTok. We recognise that this may seem an insurmountable challenge as the world is increasingly polarised, but we believe that this shouldn’t stop us from trying. Every bit of progress we make gets us that much closer to a more welcoming community experience for people on TikTok and out in the world.

The European Commission welcomed the decision of TikTok to join the Code of Conduct of the European Union (EU) on countering illegal hate speech online.

I commend TikTok for their decision to sign up to our EU Code of Conduct. By signing up to our Code of Conduct, TikTok has demonstrated a firm commitment to tackling illegal hate speech online. The EU needs robust cooperation with such prominent actors to make the digital environment a safe place for all.