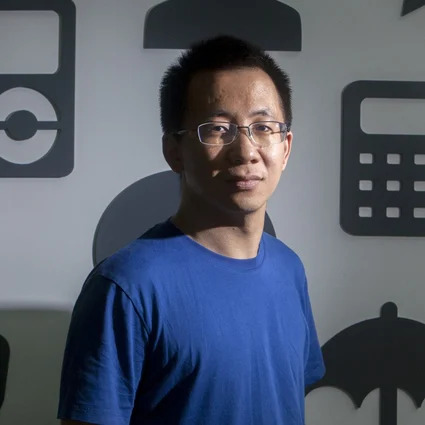 TikTok’s parent company ByteDance founder 38-year-old Zhang Yiming has become one of the richest men in the world, despite the firm’s cashing cow TikTok remaining in hot soup throughout last year.

According to the Bloomberg Billionaires Index, he is worth $60 billion and is as rich as Chinese bottled-water king Zhong Shanshan and the Walton and Koch families in the US.

TikTok founder, Zhang Yiming, is among the world’s richest people

Yiming’s sudden accumulation of wealth has come after ByteDance was reportedly valued at $250 billion in the private market.

Zhang is someone who’s known for thinking long-term and not easily dissuaded by short-term setbacks. He is set on building an enduring, global business.

Overall, the revenue of ByteDance grew 2x last year after the company expanded its play into areas such as ecommerce and online gaming. The firm is now planning to list some of its business via an initial public offering (IPO).

ByteDance, famous for its short-video apps and news aggregator Toutiao, more than doubled revenue last year after expanding beyond its core advertising business into areas such as e-commerce and online gaming. It’s now weighing options for the initial public offering of some businesses.