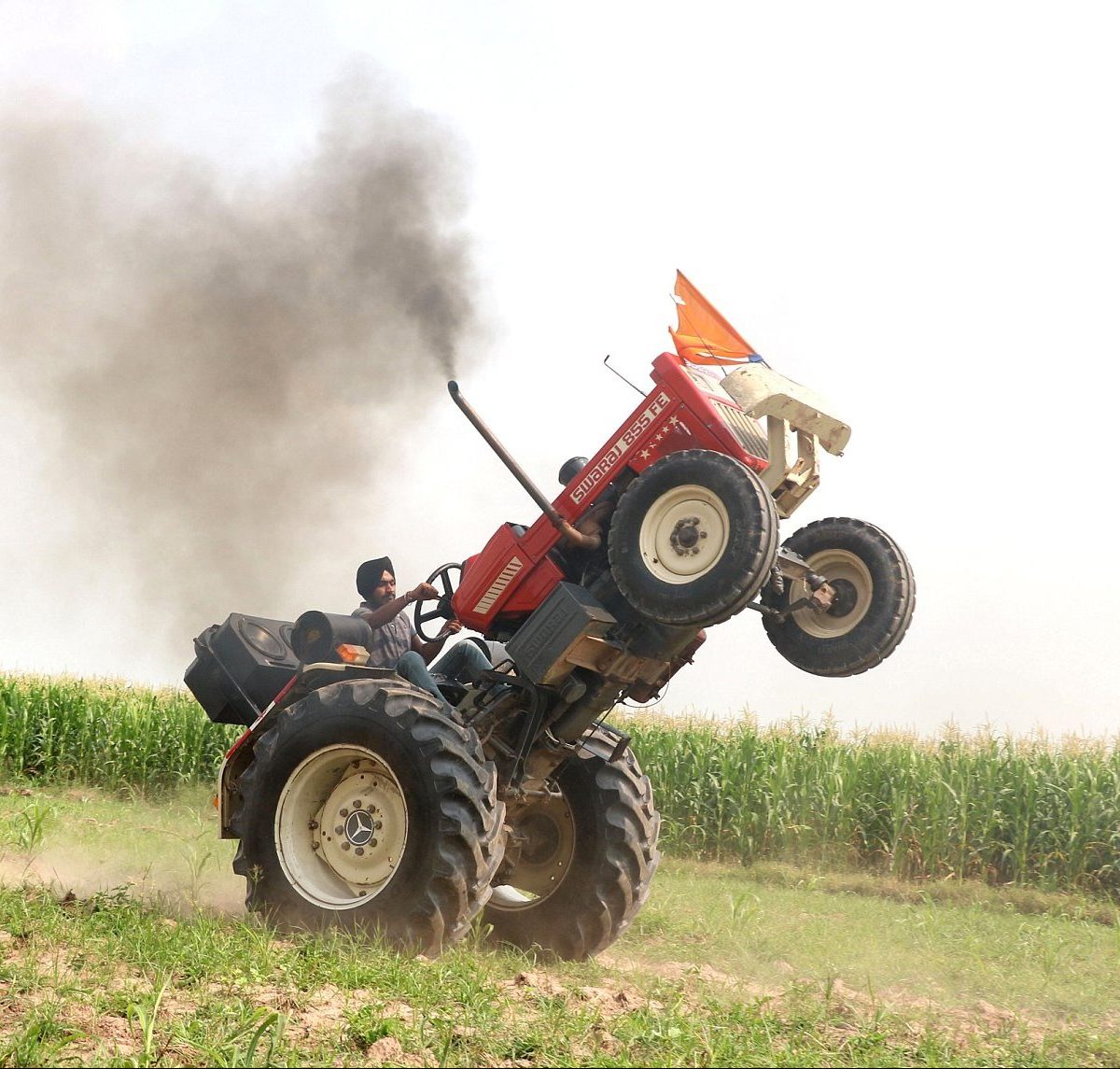 Muzaffarnagar – India: A 23-year-old man Kapil was crushed to death by a speeding tractor in Muzaffarnagar district of Uttar Pradesh. The newly married man was performing stunts for TikTok video on the tractor.

Kapil was trying to lift the tractor

According to villagers, the accident took place when Kapil tried to lift the front wheels of the tractor in the air causing it to overturn and killing him on the spot.

Kapil was trying to lift the front wheels of the tractor when it suddenly overturned and crushed him. Victim Kapil suddenly lost control of the steering and the tractor overturned crushing him. His body was cremated by his family without informing the police.

The victim got married just two months ago. He was indulging in performing stunts on the day of Holi in Khindidiya village of the district on Wednesday.

The victim was driving the tractor and performing the stunts while his friend was shooting the TikTok video with the mobile phone. Kapil then suddenly lost control of the steering and the tractor overturned crushing him, said Ritiparn Singh – Khindidiya village head.

The family members of Kapil cremated his body without informing the police.

So far we haven’t received any complaint from the victim’s family.

This is the second such accidental death caused by shooting TikTok video in the district Muzaffarnagar within a fortnight. On February 28, Raj Qureshi died as he took a plunge into the canal while his friends were recording him for TikTok. Raj Qureshi hit a rock in the canal and went unconscious causing him to drown.