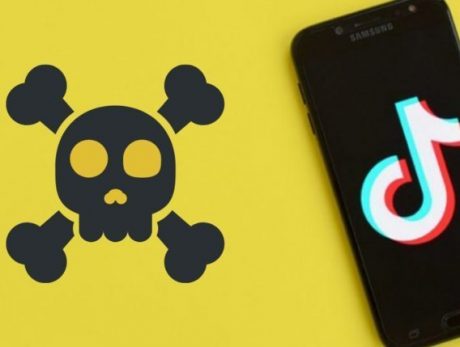 Bekasi – Indonesia: A teenager has died while making a TikTok video in Indonesia. The high school student from Bekasi, on the border of Jakarta, was electrocuted when she reached for her phone that fell between power cables.

The 14-year old girl, identified as D……. was making a TikTok at her home in Cikarang, Bekasi, when she was electrocuted and burned.

This Graphical image of the girl laying dead is going viral on Twitter. Tap on text below to view the incident image.

At the time of the incident, the victim was playing on the third floor of their house. We are collecting statements from all of the eyewitnesses. The victim was playing with an app in their mobile device. That is what we want to educate, just to be clear. This is a tragedy for us all.

As of why the victim was in a situation that would result in death by electrocution, the police chief said the crime scene investigators are currently collecting pieces of evidence. However, police can confirm that the victim was electrocuted while recording a TikTok video.

News of the incident was first reported when a Facebook account shared images and videos that appeared to show the deceased teenager on a rooftop while a crowd below looked on.

Kompas reported that Wijaya said that the police are talking to witnesses to find out what happened and that the accident was clearly related to the teenager playing with her friends on her phone on the roof.

Photos and videos of the aftermath of the incident are being widely shared on Facebook, Twitter, and Instagram. The teenager’s body has been taken to Bekasi District General Hospital.

In July 2018, the Indonesian Communications and Information Ministry temporarily banned TikTok as it featured pornography, inappropriate content and blasphemy.