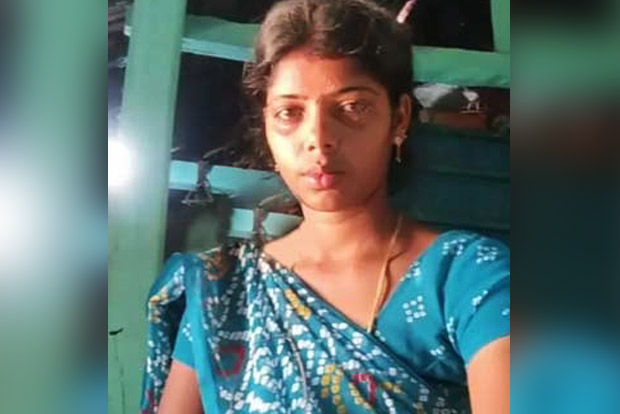 Tamil Nadu – India: A 24-year-old woman from Ariyalur committed suicide in Tamil Nadu after being scolded by her husband and prevented from using TikTok app. Anitha, mother of two shot a video of herself consuming pesticide and recorded a statement asking her husband to look after their kids.

Anitha, recorded herself as she drank poison and then sent the video via WhatsApp to her husband, who is in Singapore. The video soon went viral as did some of the older videos she posted.

Anitha from Senthurai Ariyalur was married to Palanivel 29 of Seeranatham. Alathur and the couple have a four-year-old daughter and a two-year-old son. Palanivel, who used to be a farmer went to Singapore a few years ago when his agriculture trade was unsuccessful. Anitha stayed back in Seeranatham with her children.

Her husband scolded her for spending too much time on TikTok

She became aware of TikTok a couple of years ago when a friend showed her the app and soon got addicted to it. According to the police, Anitha had uploaded around 200 videos of herself on TikTok. Anitha’s husband Pazhanivel did not appreciate his wife’s TikTok addiction and had asked her to quit the habit.

On Monday while playing her daughter hurt herself and instead of tending to her Anitha was busy uploading a TikTok video. Her relatives informed Palanivel who became furious and allegedly screamed at her over the phone. He also threatened her with destroying her mobile phone.

Anitha who was extremely upset over the scolding took a bottle of pesticide from the house consumed it all while recording the whole suicide on TikTok. She fell unconscious and her relatives rushed her to Ariyalur GH. She was then taken to a private hospital in Tiruchy. However, she passed away without responding to treatment.

However, family members claimed that she was neglecting her children as a result of her TikTok addiction and they warned her to stop. When she refused to give up posting videos they informed Palanivel. Even he tried reasoning with her but Anitha couldn’t let go of TikTok.

In her last video Anitha is seen drinking a dark colored liquid from a white bottle before coughing. Soon after she died.