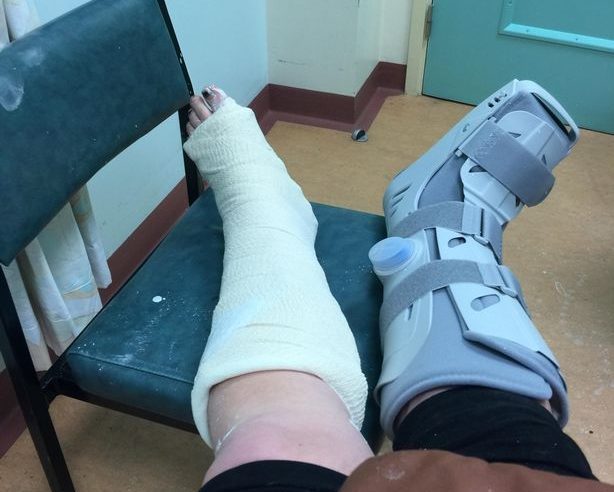 Durham – United Kingdom: A mum-of-two has broken both of her ankles and torn her ligaments whilst trying to attempt a TikTok dance challenge.

27-year-old Sapphire Charlesworth from County Durham was making an attempt at the ‘Oh Na Na Na’ challenge with girlfriend Naadjele Lartey but it didn’t go as planned.

She was trying to tap her feet against those of girlfriend Naadjele Lartey while she fell to the floor and badly injured her left ankle, fractured her right ankle and badly torn the ligaments in her right foot.

Mother treated at hospital may need an operation

The 27-year-old mum-of-two was taken to university hospital of north Durham after falling while practicing the TikTok dance and was told by doctors she has badly damaged both her ankles and after a scan was told she may need surgery.

We were just practicing and as I went to turn I slipped and heard crack sound and then my heap on the floor. It hurt so bad. I think my partner thought I was exaggerating she had to pick me up and we were trying to wait to see if the pain wore off but then we had to phone an ambulance.

The challenge involves two people tapping their feet together from different angles to the tune of Slim Burna’s Oh Na Na Na has become a craze on video sharing app TikTok with thousands giving the tricky move a try for themselves.

She told others considering the challenge to approach with caution

The mum was told she had badly broken her left ankle, a serious injury which may require an operation, and had also fractured her right ankle and ligaments on her right foot.

To anyone thinking of trying it, I’d say approach with caution, and it’s not as easy as it looks. I want to massively thank the NHS. Through all of this, they are keeping their spirits high.

Sapphire now has a cast on one foot and a moon boot on the other while her partner Naadjele has taken on the role of care for Sapphire and her two children.

While pressure is mounting on the NHS due to the coronavirus pandemic, Sapphire wanted to say thank you for the way she was treated during her time in hospital.

She is now back home being nursed by her partner who is also caring for the two young children. The breakage has been hard on all of them.

Youth Dies After Getting Hit by Train While Making TikTok Video