Man Prancing on Road For TikTok Has Singaporeans Hopping Mad

Man Prancing on Road For TikTok Has Singaporeans Hopping Mad 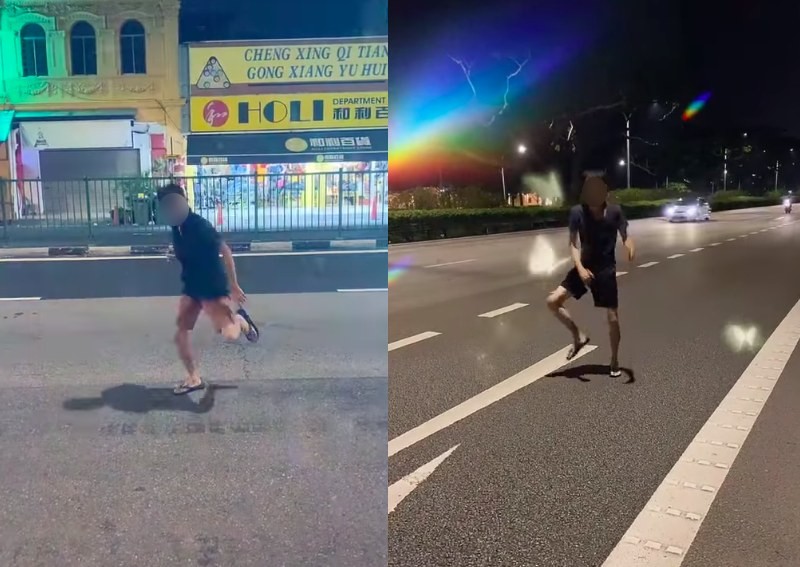 A clip shared on Facebook page Singapore Road Vigilante showed him dancing on a road at night and taking puffs from a cigarette as vehicles drove past him. Footage of his stunt, which reportedly first appeared on TikTok, has since been removed from the video sharing application.

In another clip, he was seen keeping up with the same antics while occasionally turning his head to check for oncoming traffic.

But copies of the videos soon made their way on social media, incurring the wrath of netizens who slammed the man for jeopardising his own and other road users’ safety as he could’ve caused a traffic accident with his actions. They were not impressed by his dance moves either.

Although the man was sporting a pair of sunglasses, a face mask was nowhere in sight. For not wearing a mask in public, he could face a $300 fine under Covid-19 regulations.

Just two months ago, a woman was spotted sitting on a lane divider in heavy traffic while a man appeared to be talking to her from the kerb. In dashcam footage shared on Facebook page Roads.sg, several motorists were seen slowing down to avoid hitting her.

While speculations about her behavior were rife, the actual reason behind it remains unknown.