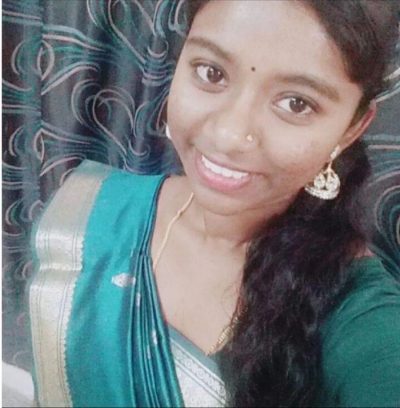 Bukit Mertajam – Malaysia: A 20-year-old girl, believed to be a victim of cyberbullying was found dead at her family home in Bukit Tengah on Tuesday night.

In the 9.30pm incident, R.Thivya Nayagi was said to have hung herself from the ceiling fan, after a TikTok video of her and a colleague drew critisism on social networking sites and went viral.

The victim did not answer to her brother’s calls about 9.30pm, he had to force open the door to her room and found her unresponsive.

Her elder sister, R. Logeswari said her sister had been receiving damning comments, remarks over the video from people she never knew.

The video was also share by several fake Facebook accounts, including one under the name of Joker Oruvan who had 70,000 followers.

She said the post received thousands of comments and some had called her all sort of names because her colleague in the video is a foreign worker.

Thivya did not only suffer from cyber bullying but people started to recognize her from the video. Although we know the truth of her relationship with the boy in the video, yet she was feeling down over the things being said about her.

The post had been widely shared by netizens who continue to make derogatory remarks, suggesting that she was an easy character. Her sister blamed the cyber community, especially those using fake accounts, for her sister action.

Logeswari said the family was still shocked by Thivya’s action because she has always been known to be outspoken and brave. She added that Thivya had asked the fake account handler to remove her video post but her request was ignored.

I hope that no one else will have to share how we are feeling now. We lost our mother last year and now Thivya. We have lost our sister because someone wants to be famous on social media

Thivya’s family has lodged a police report over the incident and will file another report with the Malaysian Communications and Multimedia Commission.

She said since her sister’s death, most of the shared video posts had been removed.

Netizens had been conveying their condolences to the family and hit back at those who shared and made rude comments on Thivya’s Tik Tok.

A social activist from Malaysian Tamilar Kural, David Marshel who is assisting the family to seek justice, said cyber bullying can be fatal too.

The trigger seems to be when the fake account user and followers blindly criticized the girl. Who are we to make negative comments or talk bad about someone?

Hurting someone’s mentally and inflicting unnecessary stress, humiliation might be entertaining to you but the repercussions are not reversible.