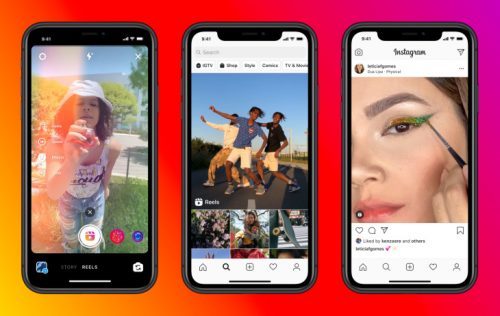 Following the ban on Chinese video making app Tiktok, Facebook is testing Instagram’s Reels feature in India. Reels is a video editing tool designed to let people create TikTok-style 15 second videos that can be shared on their Instagram stories, sent via DM, or posted to a section of the explore tab called Reels.

The news came just days after the Indian government banned TikTok app including 58 other Chinese-based apps. Instagram users in India have already started receiving Instagram’s new feature in an update, and a Facebook spokesperson confirmed that the company plans to release the feature more widely.

We’re planning to start testing an updated version of Reels in more countries. Reels is a fun, creative way for people to both express themselves and be entertained. We’re excited to bring this new version to more of our global community. No further plans to share on launch date or countries for now.

The feature was launched in Brazil in November last year and was expanded to newer markets like Germany and France last month. This development also comes on heels of Facebook shutting down its TikTok clone Lasso about a year and a half after its launch.

Following the ban of TikTok, India’s short video apps like Chingari, Roposo, Mitron, and Bolo Indya are witnessing an unprecedented demand as people are looking for alternative apps. Instagram’s Reels could be the next big thing since the feature will be in-built in the app and users will not be required to install a dedicated application to make videos.

After India, The Trump Administration May Ban TikTok in US