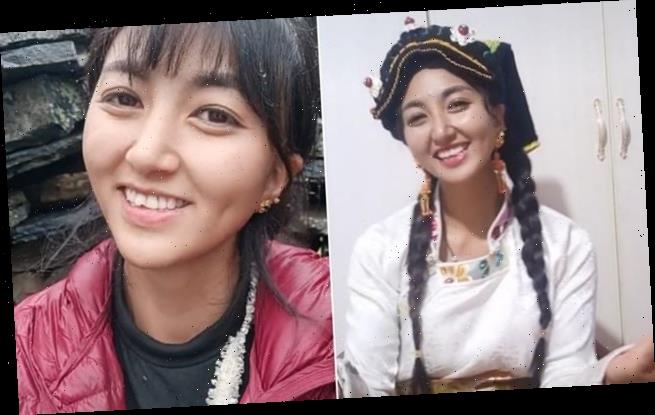 Famous Chinese TikTok star Lamu was killed by her ex-husband, as he set her on fire during a live-streaming session. Lamu was a popular Tibetan video blogger who lived in the mountainous prefecture of Aba in western China’s Sichuan Province.

Lamu was attacked while filming at home in Aba, China

The 30-year-old TikTok star Lamu was doing a live-streaming session on her social media account when her ex-husband broke into her house doused her in petrol, and set her on fire.

Her fans witnessed a black screen before the TikTok star started to scream. Her ex-husband reportedly broke into her home armed with a cleaver and petrol and attacked her in front of her family members in mid-September.

The vlogging star Lamu, suffered burns on 90 per cent of her body and was left fighting for her life for more than two weeks before she plunged to them. She was pronounced dead by doctors Wednesday night.

Police have detained the suspect while further investigation is underway

Police said they detained Tang on suspicion of intentional homicide on the night of September 14. They added that they were carrying out further investigation. However, it’s alleged that he carried out this attack to take revenge on the vlogger for the divorce.

Some reports from Chinese media suggested that the suspect was seeking revenge on Lamu because she had initiated their divorce due to domestic violence. The couple had two young sons.

Through her account on Douyin, the Chinese version of Tik Tok, she had amassed more than 782,000 followers and 6.3million likes before being assaulted.

Some of Lamu’s videos documented her life in rural China. Others showed her lip-syncing to songs she liked. In the last video featuring Lamu, uploaded on September 14, she was performing to a traditional Tibetan song to express her best wishes to her fans.

Her account did not have any activity for two days before Lamu’s sister, Zhuoma, posted about the attack. Zhuoma made a desperate plea for financial help and begged the public to help save Lamu. Good Samaritans donated around one million yuan to the family. Lamu’s family said they had spent more than 60 per cent of the donations on her treatment and would return the rest of the money to the fund-raising platform.