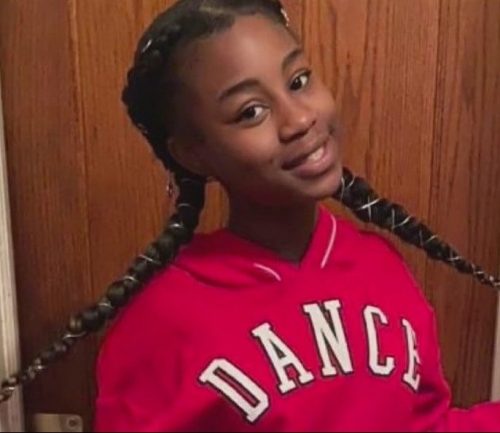 A 13-year-old girl is dead after a stray bullet from outside struck her while she danced inside her Chicago home.

Amaria Jones was showing her mom a dance move she learned from the social media app TikTok. That’s when a shooting began outside and a stray bullet, fired by an unknown gunman, went through a window into Amaria’s home and through her family’s television, striking her in the neck.

She was showing me this dance called TikTok. I turned around and I was looking for her and she was on the ground reaching out like this, holding her neck. I was like, what?! What?! What?!

The last thought that I have of my baby is her reaching out with blood gushing out of her neck, she said.

Amaria was one of three teenagers hit during the shooting, which began shortly after 8:30 p.m. According to police, a 15-year-old boy and a 16-year-old boy were also shot outside. They were transported to a local hospital, where they were listed in good condition.

More than 100 people were shot in Chicago over the Father’s Day Weekend. Thirteen died of their injuries with at least five being children.

TikTok For Business Launched For Brands

TikTok's MyPride Event Shut Down in Minutes After Zoom bombing