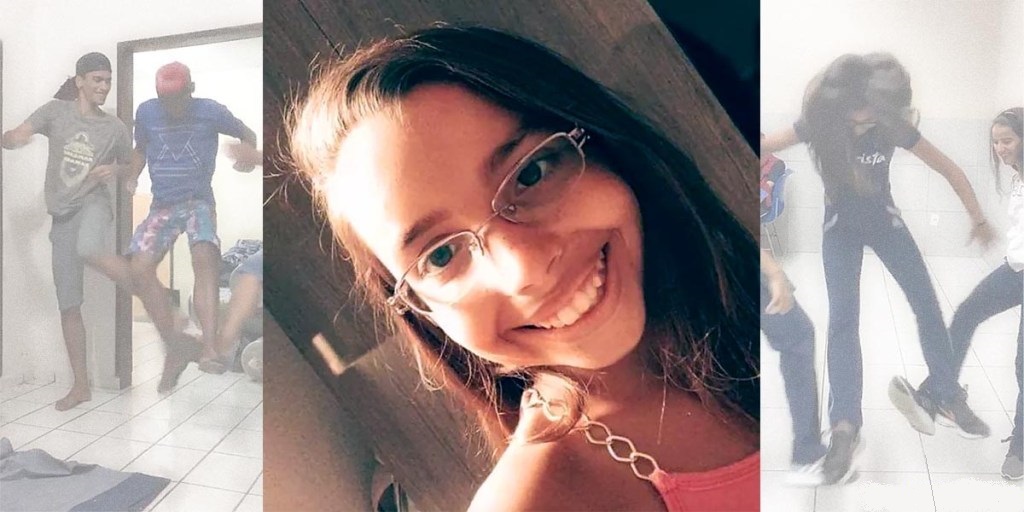 Mossoró – Brazil: The Skull Breaker challenge cost a 16-year old Brazilian girl her life, and many more have been injured by this stupid prank.

The skullbreaker craze emerged on video sharing app TikTok and involves three people standing side-by-side tricking the middle person into jumping and having their legs kicked from underneath them.

Emanuela Medeiros, a 16-year old Brazilian girl lost her life to the Skull Breaker challenge on 11 November 2019, when her friends apparently attempted it on her. A dangerous trend on TikTok reported to have caused serious injuries and at least one death has sparked fears more kids could face the same fate if it continues.

According to Brazilian news website Globo the tragedy happened at the Antônio Fagundes Municipal School in Mossoró, Brazil. She hit her head on the ground after two other students attempted the Skull Breaker challenge (also known as the rasteira challenge) on her.

The school took her to the Regional Hospital Tarcisio Maia, in the Aeroporto district, but she sadly passed away.

Many injuries have reportedly been sustained by people who fell for the cruel prank overseas. Yet social media influencers like the Irmãos Fuinha duo are popularizing the Skull Breaker challenge on TikTok.

Unfortunately, TikTok initially refused to ban videos on the Skull Breaker challenge. So it is up to us to warn schools and our children about the dangers of this stupid prank.