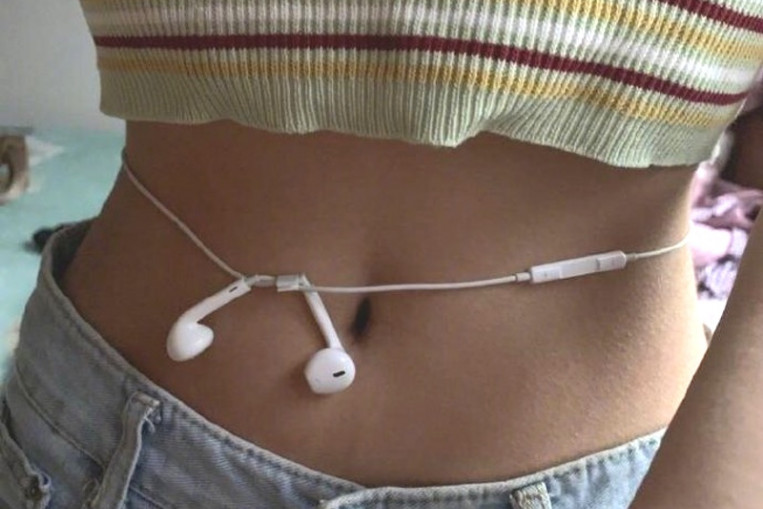 Social media challenges are part and parcel of the internet culture today. But time and again, internet has seen trends that propagate unhealthy and toxic body image.

Earphone Waist Challenge has been going viral online and has become a cause of concern for many people. The challenge started by a news account on Chinese app Weibo, which asked people to see the amount of weight they have gained by counting the number of rounds their earphones can do around their waist.

Many took to social media to post pictures of their waists, trying out the challenge. As reported by Dazed Digital, in a week the responses to this challenge went up to 75k and has now also gone viral on TikTok.

An influencer has slammed this social media challenge by raising concerns of body dysmorphia amongst youngsters. Danae Mercer, took to Instagram to raise her concerns by sharing a video of a girl in a crop-top and sport leggings, wrapping the earphones around her waist twice, before typing it into a knot.

Mercer shared the horror of hearing eight-year-olds discussing their diets, thirteen-year-olds sharing their BMIs and sixteen-year-olds talking about choking and spitting. She blamed the toxic culture emerging on platforms like TikTok for normalising unhealthy body standards and beliefs amongst teens.

Such challenges are not new on social media. In 2015, the Collarbone Challenge had women compete on the basis of the amount of coins they could fit in their concave clavicle. In 2016, women measured themselves on the basis of A4 sized-papers to show of their thin waists.

Promoting body positivity, Mercer asked parents to be conscious about the kind of content that their children are following on social media. The journalist also shared her plans of talking to TikTok about censoring such harmful content.