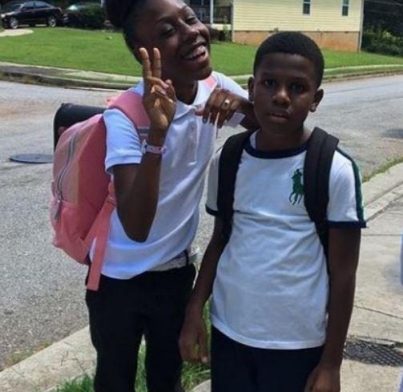 Atlanta – US: A 9-year-old boy who was shot four times during a drive-by shooting in Atlanta while making TikTok with his siblings is now recovering at home.

According to an incident report from the Atlanta Police Department, officers were dispatched to Flat Shoals Avenue in East Atlanta after gunfire erupted in a nearby parking lot on Wednesday night. Several cars were struck by gunfire and two other people unrelated to Carson were shot, but also survived. Officers recovered 42 shell casings from the scene, but the shooter has not yet been identified.

Carson’s mother said her son was with his father, Jarvis Denton Wise, his 14-year-old sister, Paris Wise, and 11-year-old brother, Jarvis Wise Jr., making videos when someone drove by and shot into the crowd.

My other two kids were there too and they saw everything. I’m really at a loss for words and the fact that I wasn’t there to help makes it harder.

Javonni underwent surgery to have the bullets removed and to repair his shattered femur. Although he is recovering at home, he is having trouble moving which is an especially painful obstacle given that he is an aspiring football player. She expects that Javonni will begin physical therapy in two weeks.

The shooting has not only taken a physical toll on her son, but an emotional one as well. He and his siblings have to get counseling. He’s afraid. 42 shells are a lot for any kid to have to witness.