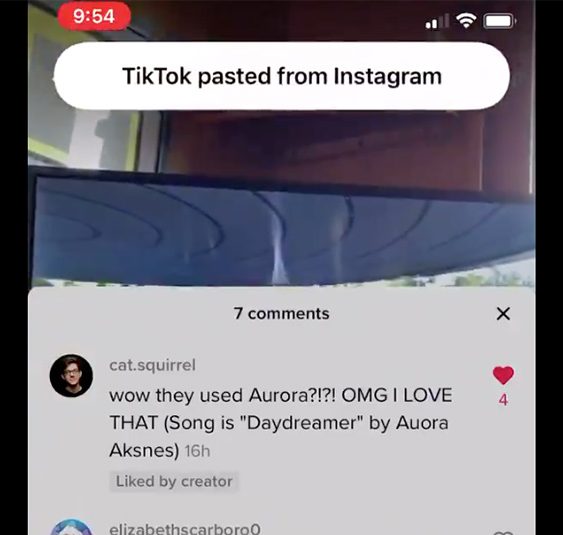 Apple has introduces a new user privacy feature in iOS 14 that gives users more control over data access. One of these features is a new banner alert that lets users know if an app is pasting from the clipboard and this is already exposing the behavior of some popular apps. This new security feature in iOS 14 has caught TikTok spying on millions of its users.

The popular social media platform was caught red-handed copying text from a user’s clipboard every few seconds, effectively logging their keystrokes without their knowledge.

According to the report after the release of iOS 14 beta, TikTok is one of the apps that continuously reads user clipboards. The new privacy banner keeps appearing on the screen all the time when the app is running and this has not only annoyed beta users but also made them worried about TikTok accessing personal data without user consent.

With the release of the new clipboard warning in the beta version of iOS 14, now with developers, TikTok seems to have been caught abusing the clipboard in a quite extraordinary way. So it seems that TikTok didn’t stop this invasive practice back in April as promised after all.

Though this was previously done in secret, beta users of Apple’s new iPhone software receive notifications when an app is collecting user data and found themselves constantly being pinged when typing on TikTok.

In a statement to the Telegraph, which first reported the news, a TikTok spokesperson said that what users were seeing was actually a feature designed to identify repetitive, spammy behavior and it has already submitted an updated version of the app to the App Store removing the anti-spam feature to eliminate any potential confusion. Alternatively, We have been caught doing something we should not we have rushed out a fix.

We have already submitted an updated version of the app to the App Store removing the anti-spam feature to eliminate any potential confusion. TikTok is committed to protecting users’ privacy and being transparent about how our app works.

According to the Telegraph report, there are other apps that constantly check the iOS clipboard including AccuWeather, Overstock, AliExpress, Call of Duty Mobile, Patreon and Google News. We don’t know the exact reason for each app to read what users copied from other apps but TikTok’s decision proves that Apple is right to implement more privacy tools.

TikTok's MyPride Event Shut Down in Minutes After Zoom bombing