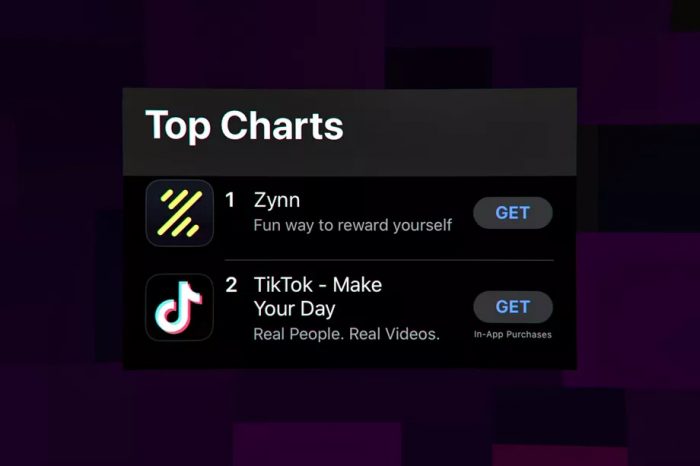 As per report a number of high-profile TikTok users say their content has been uploaded to Zynn without consent. Some say their accounts have been cloned entirely, with profiles appearing on Zynn, including their name, picture, and months of back-dated content. In some cases, these videos appear to have been uploaded to Zynn before the app even officially launched in the US.

Zynn has been widely downloaded since launching

Zynn launched at the beginning of May and quickly rocketed to the top of the download charts. It became the most downloaded free iOS app by the end of May and a top 10 download apps on the Google Play Store.

The TikTok-style app Zynn offers cash reward scheme to users who sign up and watch videos. Users earn $1 for signing up, $20 for the first person they get to join, and $10 for every five users afterward. This money can be redeemed as gift cards or cash.

The app had sparked a number of complaints from social media influencers who claim their videos are being re-posted without permission.

The app was removed from the Play Store because of plagiarism and had some lapses in this area. The company is in communications with Google and working to fix this ASAP.

The story of Zynn’s sudden growth can be traced back to a long-standing rivalry between its parent company, Kuaishou, and TikTok’s parent company ByteDance. While Kuaishou’s eponymous video app is hugely popular in China, second only to ByteDance’s Douyin, the firm has yet to break into Western markets in the way ByteDance has managed with TikTok.

After Google play store app removal Apple too removed it from app store over huge number of complaints of plagiarism and pyramid selling.