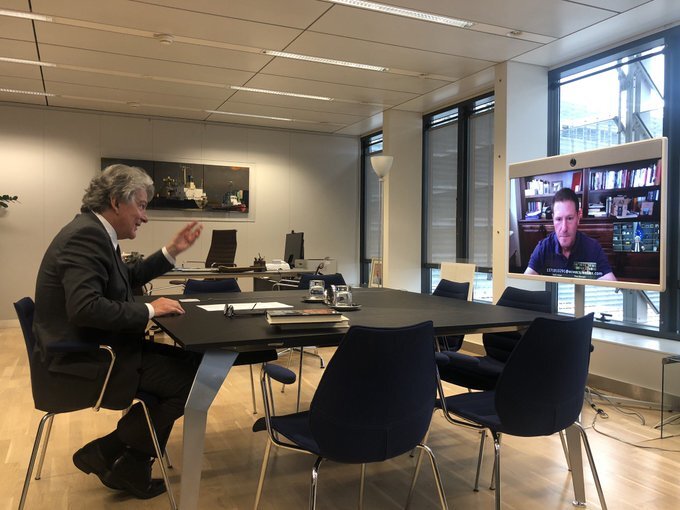 Kevin Mayer and Thierry Breton discussed about fighting against disinformation

TikTok, owned by Chinese company ByteDance, allows users to create short videos. It has exploded in popularity during the Covid-19 crisis but has recently been hit with privacy complaints and concerns stemming from its apparently close ties to Beijing.

Breton invited TikTok to join the European Union’s code of conduct, said the EU official, who was not authorised to speak publicly.

Members of the voluntary code of conduct include Google, Facebook, Twitter and Mozilla which signed up in October 2018 to combat fake news on their platforms in a bid to stave off more heavy-handed regulations.

Breton expects online platforms in general and TikTok in particular to use governance proactively to be a partner in fighting disinformation.

TikTok said it has also signed up to the Code of Practice.

We’re tackling disinformation by investing heavily in technology and review teams, introducing in-app features like our Covid-19 misinformation reporting function, promoting trusted information from authoritative sources, and developing policies including the banning of political advertising to prevent the spread of misinformation.

Mayer committed to acting responsibly and to address issues related to illegal and harmful content, including taking additional steps in the fight against disinformation.