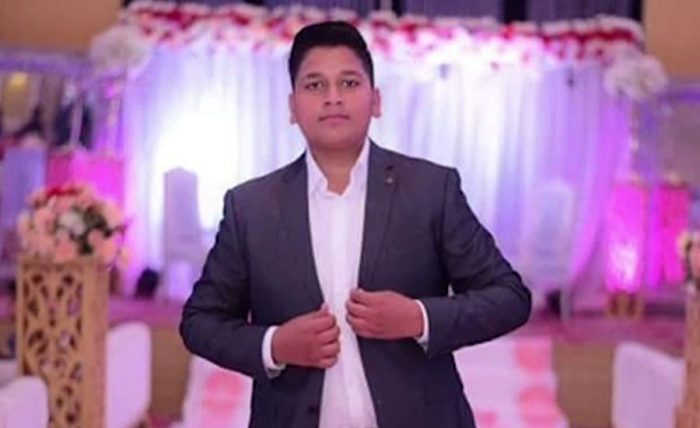 Sialkot – Pakistan: A 16-year-old boy was killed after gunshots were fired while he was recording a TikTok video with his friends in Kharota Syedan, Sialkot city of Punjab.

Ammar Haider was a college student

A first-year student Ammar Haider has lost his life while taping TikTok video with his friends in Sialkot on Sunday.

There were different statements about the death of the boy as his friends claimed that Ammar fired himself accidentally while shooting the TikTok video. The family of the deceased accused Ammar’s friends for murdering him.

His parents said that one of the teen’s friends shot him intentionally. Our son has been murdered over personal enmity his father said. Meanwhile deceased’s friend Zohaib denied all the accusations, saying Ammar shot himself while shooting the video.

The biggest responsibility is of parents as young people don’t have anything constructive or creative to do. There is a lack of extra-curricular activities because of which social media has become the biggest source of entertainment for them.

Police have launched an investigation to ascertain the truth and taken both of the deceased’s friends into custody. The police have arrested both friends of the deceased and a case has been registered. The area residents have said that the three boys were close friends and would shoot videos often.