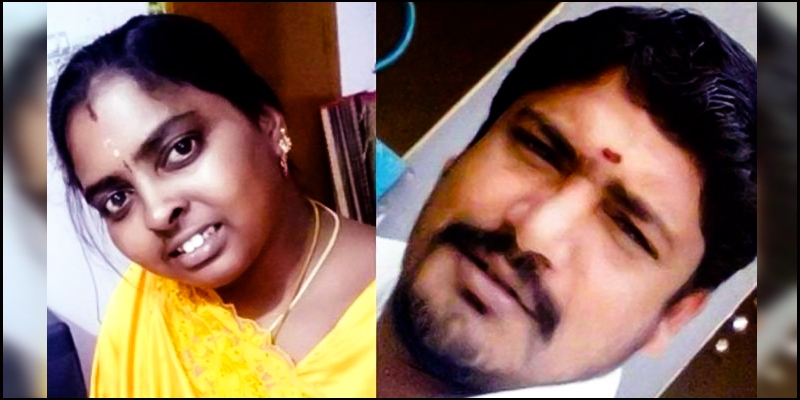 Coimbatore – India: A 28-year-old woman was stabbed to death by her husband in front of a private college on the Palakkad Main Road near Kovaipudhur in Tamil Nadu.

The deceased Nandhini was reportedly working in the plumbing department of the college. She was living at Kulathupalayam along with her daughter and son.

Their relationship hits when Nandhini took interest in social media

The accused, identified as Kanagaraj 35, was married to Nandhini with whom he has two children. Everything was good between the couple during the initial days of marriage. Their relationship hit the rocks a few years later and Nandini took interest in social media particularly in video sharing app TikTok where she used to regularly upload her videos.

Kanagaraj, who was angry over this issue decided to separate from his wife. Despite moving into a different apartment alone the couple used to keep in touch via phone calls where the man continuously warned her to stop uploading her videos on TikTok.

Nandhini didn’t listen to his words telling her to stop uploading TikTok videos in spite of continuing warnings she even stopped attending his calls.

Kanagaraj reached Nandhini’s college with a knife and stabbed her

Kanagaraj had reportedly called Nandhini over phone. However, she could not be reached. Following this, drunk and enraged Kanagaraj reached Nandhini’s college with a knife and stabbed in three places in her body.

Nandhini was immediately rushed to the Coimbatore Medical College Hospital. However, she succumbed to injuries on the way while Kanagaraj fled from the spot.

Madukkarai Police have arrested Kanagaraj under relevant sections of the IPC and have started the investigation.

This is America: People are Posting Minneapolis Protest