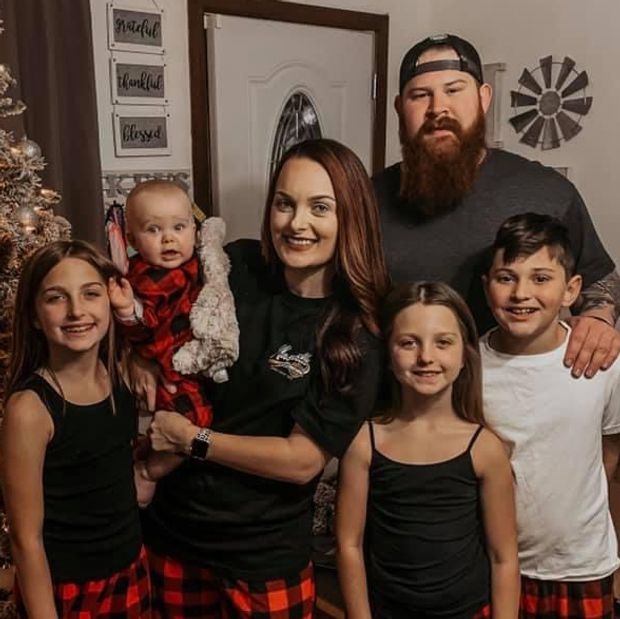 Parents often worry about their kids being bullied online, but lately some parents have become the bullies. Numerous parents are taping themselves disciplining their children, then posting the videos on TikTok to teach them a lesson.

With the rise in popularity of the app, some parents have found a new platform where they can publicly shame their kids. One famous TikTok user, Derek Hensley amassed a whopping 10 million views on a video that he posted where his daughter slams her door, and he removes the door as her punishment.

We’ve all seen it before. Little Johnny got a bad report card so his dad decides to take out his PlayStation and run it over with the car in the driveway. Oh, and he films it so he can see how many likes he can get on social media. Well, now that trend is making its way over to the ridiculously popular short-form video app, TikTok.

One mom filmed her kids scrubbing floors as a punishment for fighting. “So my kids want to be d–s, this is what I make them do,” she said in the video. A father filmed three kids squatting with their backs against the wall and their arms stretched out, saying it was punishment for acting up. Two of the children in the video were sobbing and one hit the camera when it got close to her face.

In a TikTok video that went viral, a father swears at his daughter and smashes her laptop because she had it in bed with her when she was supposed to be sleeping. The girl appears to be suppressing laughter, and the father, responding to criticism in the comments section, stated that it was fake. He couldn’t be reached for comment.

Mr. Hensley are riding a wave of popularity in this strange new genre

After viewing the video, someone reported Mr. Hensley to his local child protective services, and he and his family had to go in for a visit. “I’m upset that I had to put my kids through that,” said Mr. Hensley, a drug screener for the county and a part-time graphic designer who made T-shirts of the guitar-smashing clip. Still, he said, he isn’t sorry about making this video or others of a similar nature.

In another viral video, a 27-year-old father in Williamson, W.Va., Derek Hensley, uses a guitar to smash his partner’s daughter’s TV screen, supposedly because she was playing videogames instead of cleaning her room. He too later said it was staged.

Late last year, a mother in the US took over the TikTok account of her son, who is transgender. The mother posted on her son’s account, demanding that people call her son by the name that she gave him at birth, all while her son sat there, visibly distraught. This led to a massive social justice movement across social media, with people raising funds to get the child out of the nasty situation.

Real or not, such videos can have serious consequences

Obviously, this type of sociopathic behavior has received some very negative feedback. Commenters said things like this is why I don’t speak with my father anymore and violence will only lead to more violence. While I wouldn’t argue against the punishment itself, the public shaming nature is just simply repulsive.

While this trend is just now making its way to TikTok, it is certainly nothing new. Parents have been exploiting their kids in this way for likes on YouTube and other platforms for years. It is a disgusting trend and makes me sick to my stomach every time I see a new one.

While it does seem that the majority of these videos are staged, that definitely cannot be said about all of them. Though it may be a way for some families to create content together, the fake videos are what lead to real abusive situations, like the one mentioned above. The bottom line is that punishing your children in the public eye is a disgusting trend that has no real place in our society.

Why are parents doing this? Some, it appears, are actually trying to use the technique, however flawed, to correct their kids’ behavior. Some are poking fun at aspects of child-rearing at their children’s expense.

A recent TikTok challenge: “Tell me your child is pooping without telling me”

Free Hess, a pediatrician and child-safety expert, said that while there are kid-shaming posts on other social-media networks, including Instagram and Facebook, she has recently noticed a particular increase in them on TikTok.

While we can’t begin to comment on the individual discipline choices parents make for their families, our policies for TikTok focus on our commitment to the safety of minors. As per the app’s community guidelines, TikTok removes content that depicts or promotes physical abuse or psychological disparagement of minors. “We have not observed a notable volume of videos depicting parents or caregivers disciplining children and violating our community guidelines.

Even staged videos can be harmful, Dr. Hess said, in part because they could inspire the production of real shaming videos. In videos that depict actual punishment, the harm to children is unlike discipline that happens off screen.

Even if their friends don’t follow their parents on social media, for so many kids today, social media is their world. Adults have no idea what it’s like to be a child in public in front of the world. Research has shown that shaming children publicly or privately isn’t an effective method of discipline. Shaming doesn’t change behavior, it decrease self-esteem. When kids are shamed, they often feel like they have to hate someone, so they hate their parent for making them feel that way, or they hate themselves.

Mr. Hensley said it was the children’s idea for him to create a TikTok account. They told him he’s funny and that his videos could do well. But he said he didn’t set out to make videos that appeared to embarrass them. He said he was fixing a door one day, having removed it from its hinges, when the Cardi B song “WAP” popped into his head. He started singing his own version: “Ain’t no doors in this house… We ain’t raising brats.” He decided it could be the basis of a video.

Comments rolled in, such as, “Now that’s parenting done the right way” and “Right on dad! Good job.” The video generated so many views that Mr. Hensley qualified for a creator account. He decided to make more, to see if he could profit from the appetite for such videos.

He made another video of himself taking away the kids’ phones, also to the tune of “WAP,” in which he sang, “Ain’t no phones in this house.” He tagged the kids in some of his videos to help them get more followers on their own TikTok accounts.

My kids aren’t actually being punished in my videos. If my kids are being disciplined, it’s not on camera, but they’re rarely in trouble anyway. The TV-smashing video was an even bigger hit, with nearly 12 million views. Kiarra’s TV was already on the fritz and he had a new one for her. We had to start and stop that video so many times. I think people enjoy getting in other people’s business it’s what social media is. And he said he isn’t worried about influencing other parents to create videos that depict real child discipline. We’re all adults, I don’t take responsibility if someone sees my video and decides to discipline their child.

Mr. Hensley, who now has nearly 800,000 TikTok followers, said he has made about $4,000 off his videos so far. His theory on the popularity of kid-shaming videos is that it’s human nature to watch and judge how others are parenting.

The criticism he has received for some of the videos won’t make him stop. He said the only thing that would cause him to put down the camera is if his children asked him to.

When spoke to Kiarra, she told she’s in on the joke and likes being in the videos. “They’re fun to make,” she said.

Sure, children should be disciplined and taught when they make mistakes, but not for the whole world to see. This just screams trust issues, and I can’t fathom why a parent would do something like this.