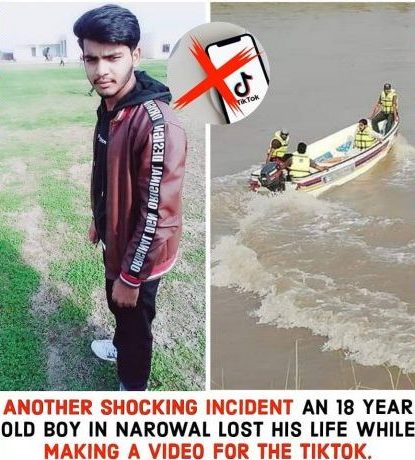 The incident took place in Narowal district of Punjab where a teenager boy Husnain was drowned in a Narowal canal while shooting TikTok video.

Deceased Husnain was a college student

The deceased has identified as Muhammad Husnain who along with his three friends went to the canal to record TikTok stunt video. While recording the video Husnain slipped and fell into the canal.

The rescue officials recovered his body from the canal after six days and shifted to his native village.

Meanwhile, police have launched an investigation into the matter and decided to interrogate the friends of the deceased.