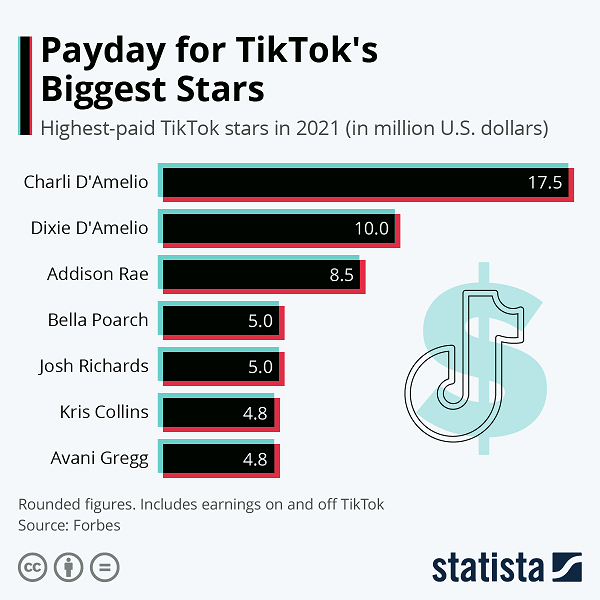 Charli D’Amelio, who started posting videos of herself dancing on TikTok in 2019, brought in $17.5 million last year, which recently ranked the highest-earning TikTok stars of 2021. With 133 million followers on TikTok, she makes her money from a clothing line and promoting products in TikTok videos and other ads.

Charli and Dixie D’Amelio, Addison Rae are among the top earnest TikTok stars

Charli D’Amelio was the biggest earner in 2021, raking in $17.5 million via endorsements, TV show deals, and a clothing line, among other projects. D’Amelio has been branching out with new forms of content, her dance videos remain the most popular of her clips, and regularly see view counts above 40m.

D’Amelio’s sister Dixie also maintained her popularity in the app though her most viewed clip of the year was actually a video of her sister.

Addison Rae, who made the jump to film acting for Netflix this year, came in at third. Bella Poarch also expanded her off-TikTok presence, with her singing career reaching new heights, while Josh Richards is the only male to make the TikTok top earners list.