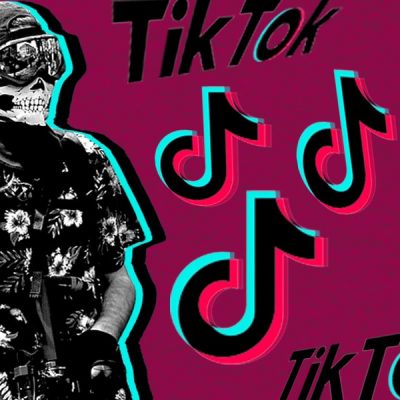 Content that promotes the extremist boogaloo movement has proliferated on the social media platform TikTok even though the company prohibits dangerous individuals or organizations from using the service to cause harm.

What happens when a popular social media company must wrestle with its own rules and regulations? It’s a controversy that nearly every prominent tech company in this space has had to deal with over the last few years with Twitter being one recent example. Now a wildly popular app is facing a challenge over its internal politics and it’s via an issue that touches directly on the current state of American politics.

A recent report on the movement observes that its members have at least two things in common: an affinity for toting around guns in public and a boogaloo rallying cry which is commonly viewed as code for another US civil war.

In one video which has more than 360,000 views different images pop up calling for rebellion including against enemies both foreign and domestic with the text over the face of Virginia Democratic Gov. Ralph Northam.

The app in question is the video app TikTok. At media watchdog Media Matters for America, Alex Kaplan notes a disturbing trend: a growing number of videos centered around the alt-right movement known as Boogaloo. You have probably heard about this movement earlier this year their members have embraced a bizarre aesthetic that brings together Hawaiian shirts and talk of a second civil war.

Boogaloo has been in the news somewhat lately due to the presence of some of its adherents at recent protests against police brutality. Last month Boogaloo was also a presence at the lockdown protests held in a number of state capitals.

Kaplan’s article at Media Matters focuses on another element of Boogaloo, its online presence. Specifically, its presence on TikTok which updated its guidelines earlier this year. Media Matters’ investigation found a large number of videos on the platform which seemed to violate TikTok’s own policies. The videos included displays of firearms and violent rhetoric. One of the videos mentioned in the article features an armed man talking about Boogaloo and making a reference to becoming more and more willing to die.

In another video, which was posted in April and has more than 16,000 views a man is shown holding a military-style assault weapon ranting about government restrictions due to the novel coronavirus pandemic and saying It’s fucking boog time, boys. Let’s go.

Another video from May and with more than 110K views features a man holding what appears to be a rifle and on-screen text asking Will you boogaloo?

Another video with 11,000 views from an account calling itself boogaloo.hype.house.og features a man holding what appears to be a pistol with the text finding people to boog with and becoming more and more willing to die.

Other videos on the platform with boogaloo related hashtags and tens of thousands of combined views have featured similar language telling people that it was time to boog and that it was boogaloo time betch along with discussing who will participate in the boog and doing boogaloo prepping. One video even threatens a boogaloo on a transgender person who criticized white supremacy. Another video with more than 240,000 views shows military books about weapons and tactics.

It’s unclear what action TikTok will take here though Kaplan notes that this is far from the first time TikTok has had inconsistencies in its content moderation. Nonetheless, the stakes feel particularly very high.