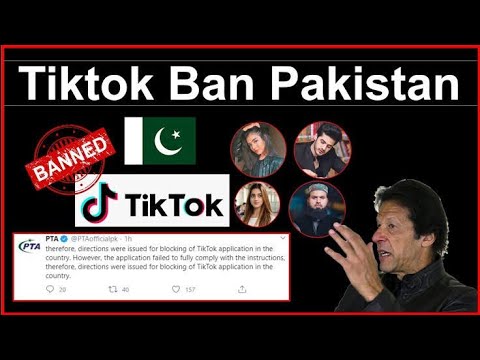 The Pakistan Telecommunication Authority (PTA) has once again banned video sharing app TikTok in Pakistan over continuous presence of inappropriate content on the platform. PTA on Wednesday announced the blocking of TikTok app under relevant provisions of the Prevention of Electronic Crimes Act 2016.

In light of relevant provisions of Prevention of Electronic Crimes Act 2016, PTA has blocked access to TikTok app and website in the country. The action has been taken due to continuous presence of inappropriate content on the platform and its failure to take such content down.

This is reportedly the fourth time the TikTok app banned the country. First time, the app was banned in October 2020 while most recently three weeks ago, the Sindh High Court (SHC) had withdrawn the ban on TikTok app. All the bans were reversed upon the app moderate its content.

As per the PTA statement, the decision was taken over complaints regarding indecent and immoral content.

Around six million videos removed in Pakistan in Q1 2021

In Q1 2021, TikTok had removed more than six million indecent and immoral videos making it the second country to get the most videos removed after the US.

From January to March 2021 TikTok had removed 6,495,992 videos. The 15% of removed videos were adult, nudity and sexual activities.

This time the TikTok ban is the result of both user and government complaints.