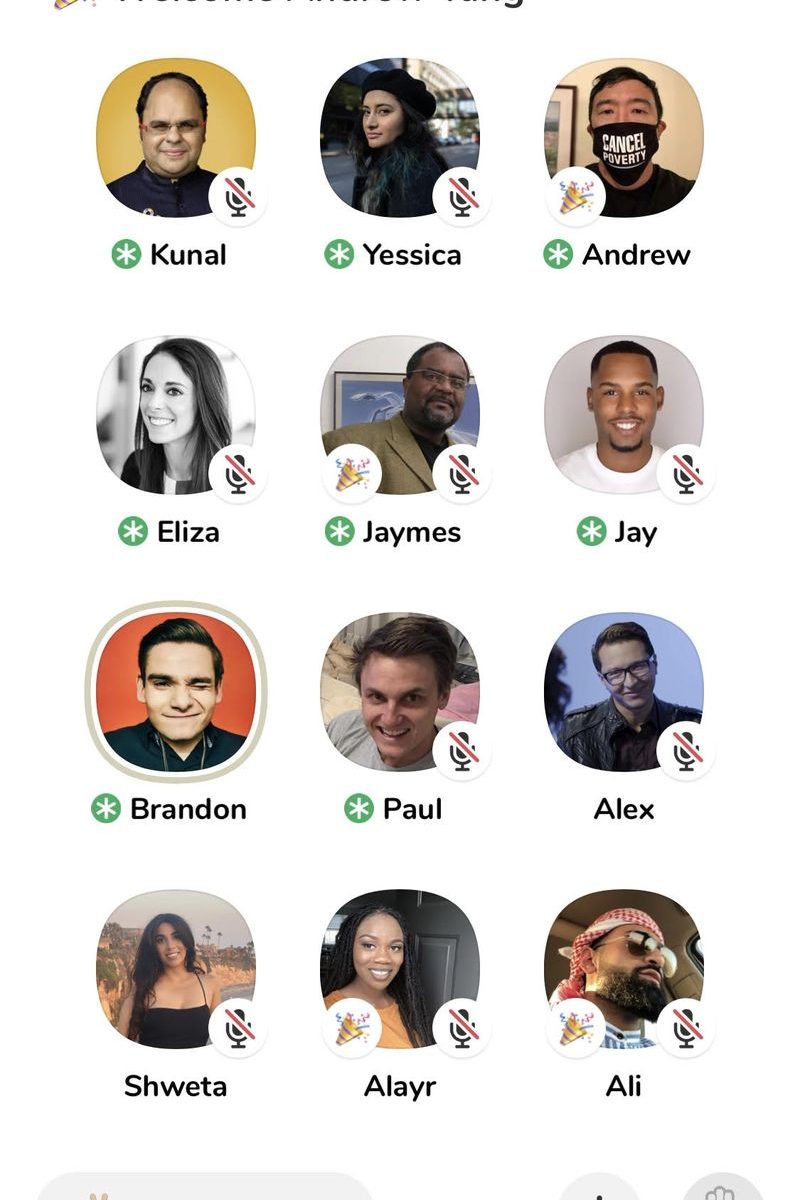 The next killer smartphone app has arrived and it offers the potential to transform how we communicate, share knowledge and even make new friends.

The platform enables users to drop in and out of ephemeral chat rooms and take part in a range of gatherings, from small conversations to larger discussions featuring expert panels, often attended by thousands of listeners. Since its launch last March, Clubhouse has increasingly become a cultural phenomenon, attracting politicians, celebrities and experts from all walks of life. With its success and prominent backing, it may now be poised to upend the entire social media space.

And this is only the beginning

Clubhouse’s latest figures reveal how quickly it is growing. During a weekly town hall event on Sunday, co-founder Paul Davison said the app’s weekly active user base had doubled to 2 million over the last couple of weeks. He also announced the startup had raised another investment round led by venture capital firm Andreessen Horowitz, adding it now has more than 180 investors.

Something special is happening inside the Clubhouse community. Call it the power of the voice and it’s what separates Clubhouse from other platforms. A short back-and-forth live conversation, with its nuance and tone, can build closer relationships more quickly than dozens of written posts and text messages sent through more established social networks such as Facebook and Twitter.

Impressive as Clubhouse’s latest metrics are, they may actually understate its potential. All the growth thus far has come largely by worth of mouth, and from only half of the smartphone market. The app still requires an invitation from a current member to join and is exclusive to Apple Inc. devices. So when the founders decide to open Clubhouse to the public and release an Android version, growth will take off to higher levels.

The platform based on live audio conversations is soaring in popularity

The nature of Clubhouse’s platform offers the potential for money-making opportunities. For instance, Clubhouse could take a commission from room admission fees for large panel discussions. Or, similar to Amazon.com Inc.-owned Twitch channels, it could offer monthly subscriptions for specific interest-based club rooms. One can also imagine users buying unique animated reaction emojis to give visual feedback to speakers and interact with other members of the audience. Of course, the ability to make money will also attract and retain the best room hosts for the Clubhouse ecosystem.

Clubhouse has its challenges. Like other social media networks, it has faced criticism for objectionable content that was broadcast on its site.

Of course, the app has benefited from the pandemic as people look for ways to socialize while avoiding in-person interactions and outdoor activities. But Clubhouse usage may prove more durable than many believe after daily life returns to normal. It’s a convenient, frictionless way to meet new people through the intimacy of conversation and listen to conference-like events that otherwise might be difficult to attend in person.