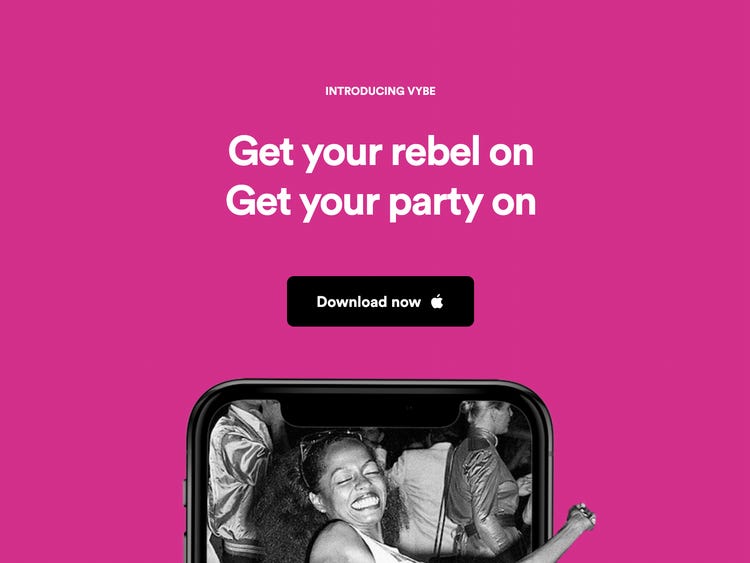 An iOS app called Vybe Together that promoted private parties during the COVID-19 pandemic has been removed from the Apple App Store, had its account on TikTok banned, and scrubbed most of its online presence. The app’s creators told that Apple was the one to take it off the App Store.

Vybe Together billed itself on TikTok and its website as a place to organize and attend underground parties, using the tagline Get your rebel on. Get your party on. Organizers would have to approve everyone who wanted to attend, and those who got approved would receive the address two hours before the event. Most of these gatherings would have been illegal under current US pandemic restrictions which may explain why the app required you to submit a profile for approval before you were allowed on.

A recent video on its TikTok account claimed it held secret parties every weekend. Although its account on the platform, as well as its own website, has been taken down, the company vows to return. The app’s co-founder told it had a few thousand users, with a few thousand more in the application stage.

App Store took us down! We will be back! Follow to stay updated!

TikTok removed the Vybe Together account for violating community guidelines

TikTok told the account was removed for violating its community guidelines. The account had only 139 followers and three videos. Vybe Together has not responded to a request for comment.

We are aware that Covid is a major health problem having large scale parties is very dangerous. That is why we don’t support that. But Vybe is a compromise, no big parties but small gatherings. We could be living, at least a little during these times with Vybe.